China vows to use 'all necessary measures' in response to U.S. ships 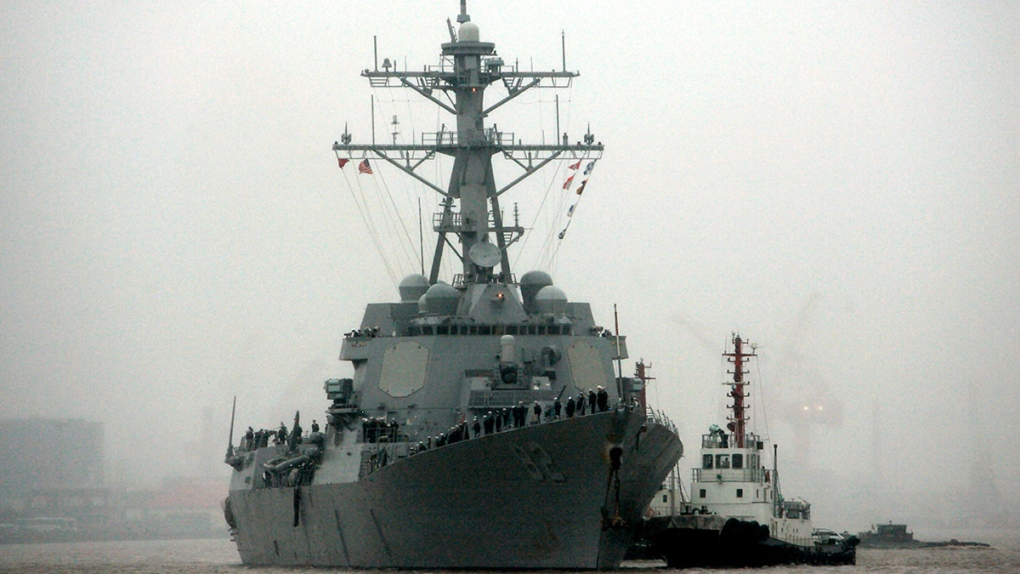 BEIJING - China's military will take "all necessary" measures in response to any future U.S. Navy incursions into what it considers its territorial waters around islands in the South China Sea, a Defence Ministry spokesman said Thursday.

The statement by Col. Yang Yujun followed the sailing of a U.S. guided missile destroyer within the 12-nautical mile territorial limit of one of the islands newly created by China in the strategically vital region. The U.S. refuses to recognize the man-made islets as deserving of sovereign territory status.

The Chinese side took no forceful action during the USS Lassen's sail-by on Tuesday, but strenuously protested the manoeuvre. China's reaction fits the pattern in similar such incidents in recent years. Yang offered no details on how Beijing might respond differently in the future.

"We would urge the U.S. not to continue down the wrong path. But if the U.S. side does continue, we will take all necessary measures according to the need," Yang said. China's resolve to safeguard its national sovereignty and security interests is "rock-solid," he added.

China claims virtually the entire South China Sea and its islands, reefs and atolls as its sovereign territory, an assertion challenged by five other regional governments.

While the U.S. takes no formal position on sovereignty, it insists on freedom of navigation and has urged China to cease its ambitious project to construct new islands complete with buildings, harbours and airstrips.

Yang said a pair of Chinese navy ships had shadowed the Lassen, monitored its actions and issued warnings.

The spokesman said China supported the right to freedom of navigation and overflight, but accused the U.S. of abusing those for its own interests.

"We are strongly against any kind of effort in the name of freedom of navigation that might damage the interests and security of the littoral states," Yang said.

Yang said that the commander of the Chinese navy, Adm. Wu Shengli, would present China's "solemn position" on the issue in a video conference later Thursday with the U.S. head of naval operations, Adm. John Richardson.

However, he indicated that the incident wouldn't disrupt official exchanges between the sides, saying that planning was still underway for a visit by Adm. Harry Harris Jr., commander of the U.S. Pacific Command, later this year. Harris recently stated that the South China Sea is no more China's than the Gulf of Mexico is Mexico's.