China sends 24 fighter jets toward Taiwan in show of force 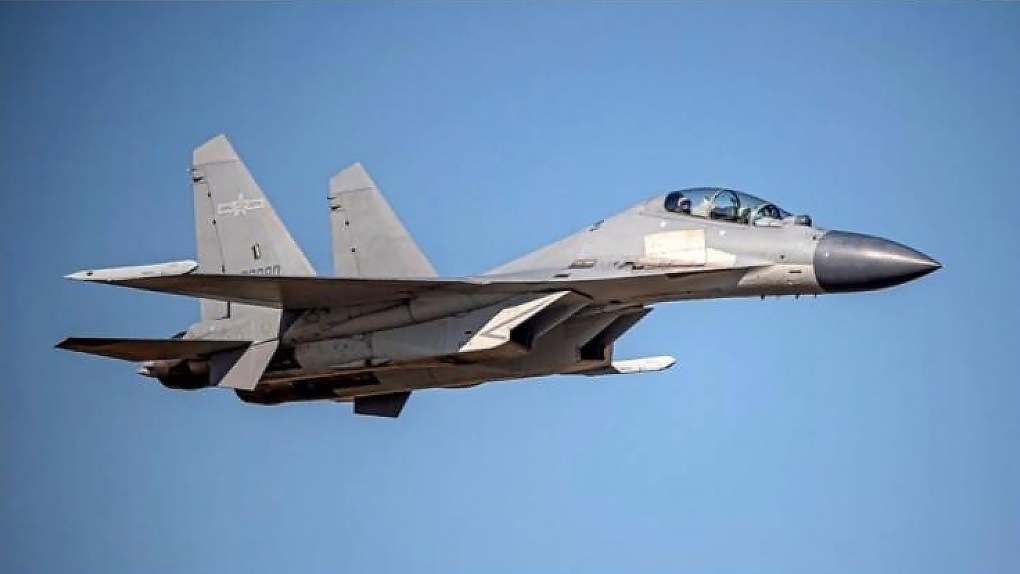 TAIPEI, TAIWAN -- China sent 24 fighter jets toward Taiwan in a large display of force Thursday, after the self-governing island announced its intention to join an 11-nation Pacific trade group that China has also applied to join.

China's People's Liberation Army flew fighter jets toward Taiwan twice on Thursday, once in the morning with 19 planes, and once in the afternoon with five more. Taiwan deployed air patrol forces in response to the Chinese jets and tracked them on its air defense systems, the island's Defense Ministry said in a statement.

The jets the morning flight, some of which flew in a long L-shaped path, were 12 J-16 and two J-11s, as well as bombers and an anti-submarine aircraft. Later in the day, China sent 2 J-16 and J-11 planes as well as an early warning aircraft.

China has sent fighter jets toward Taiwan on an almost daily basis this past year. It stepped up its military harassment of the self-ruled island and has sent large displays of fighter jets after political events which it views as interfering with its sovereignty.

Taiwan and China split during a civil war in 1949, but China continues to claim Taiwan as part of its territory. Beijing opposes Taiwan's involvement in international organizations.

Taiwan announced Thursday that it applied to join the Comprehensive and Progressive Agreement for Trans-Pacific Partnership, setting up another potential clash with Beijing.

China's military sent 18 planes toward Taiwan last year when a top U.S. diplomat visited the island and met with officials there. In June, it sent 28 warplanes after leaders of the Group of Seven industrialized nations issued a statement calling for a peaceful resolution of cross-Taiwan Strait issues.