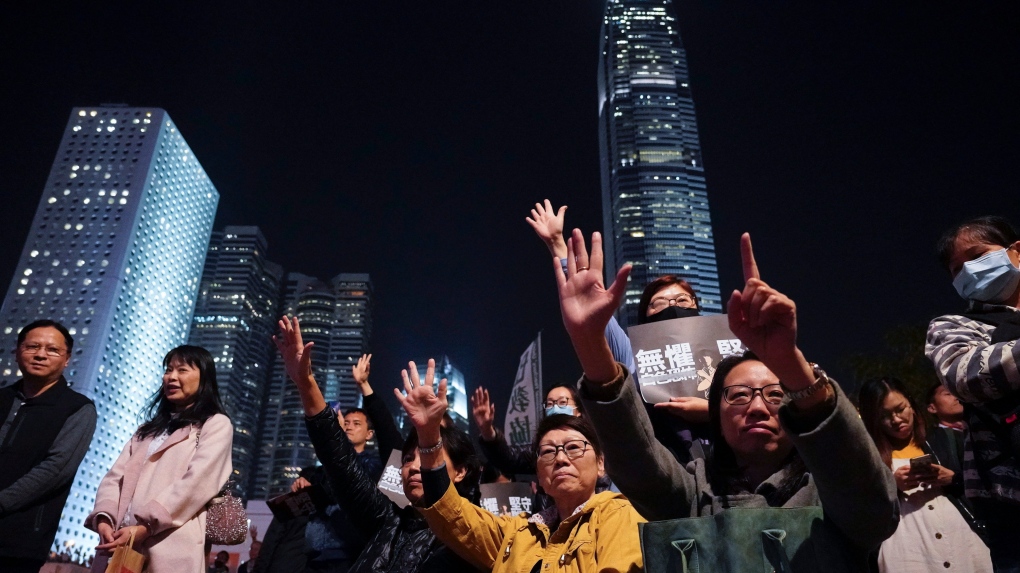 Protesters hold up their hands to symbolise the five demands of the pro-democracy movement during a rally by education workers in Hong Kong, Friday, Jan. 3, 2020. (AP Photo/Vincent Yu)

BEIJING -- China has replaced its top official in Hong Kong as anti-government protests in the semi-autonomous city enter their eighth month.

The former Communist Party chief for Shanxi province takes over from Wang Zhimin. Xinhua did not give a reason for the change.

Protest violence has eased somewhat in the past month, but sporadic clashes with police have continued. The protesters are demanding fully democratic elections for the city's leader and legislature and an investigation into police use of force to suppress the demonstrations.