Chimney installed atop Sistine Chapel in advance of papal vote

Construction crews were busy working on the Sistine Chapel Saturday, installing a chimney that will soon signal to the world the election of a new pope.

With the papal conclave just days away, construction workers prepared the interior of the Sistine Chapel for the historic event, while Vatican officials took steps to officially end Benedict XVI’s pontificate by destroying his fisherman's ring and the personal seals and stamps for official papers.

The process that will determine the next leader of the world’s 1.2 billion Catholics begins Tuesday.

The date, confirmed by the Vatican on Friday, followed a week of pre-conclave meetings that culminated in a vote by the College of Cardinals.

For a sixth consecutive day, cardinals met behind closed doors Saturday to discuss the problems of the church, the work of the Holy See's offices, and how to improve it, according to a Vatican spokesperson.

Montreal-based theology expert Solange Lefebvre said the election of a new pope comes during a time of controversy in the Catholic Church. Some are hoping for sweeping changes while others want continuity.

“Some say we need a balance,” Lefebvre, chair of religion, culture and society at the University of Montreal, told CTV News Channel on Saturday. “After two papacies that were more focused on continuity and tradition, on crucial matters, maybe we need a more open, liberal papacy.

“So the debates are open.”

Following a Tuesday morning mass, the 115 voting cardinals will proceed to the Sistine Chapel, where the conclave will take place.

The first vote will take place Tuesday between 4 to 4:30 p.m. local time, and by 7:30 p.m. the Vatican will indicate whether a new pope has been selected.

If a pope is not elected in a single vote on that first day, cardinals will cast four ballots a day -- two in the morning and two in the afternoon -- until two-thirds agree on a single candidate.

Ballots will be burned following each vote, with the colour of the smoke ascending from a chimney above the Sistine Chapel announcing whether or not a decision has been reached.

Black smoke means cardinals have not reached a two-thirds majority, while white smoke means the next pope has been chosen.

The process could stretch on for days or even weeks, although no conclave in the past century has ever gone beyond five days.

All the cardinals will take an oath of secrecy prior to voting.

Father Michael Bechard said Saturday that the oath is to ensure that no matter how the voting breaks down, or what debates take place during the conclave, a unified decision is presented to the rest of the world.

“There needs to be a sense given to the rest of the Catholic community that these men are moving in unison and speaking with the same voice” he said.

The cardinals will be selecting the next pontiff to replace the 85-year-old Benedict, who became the first pope in 600 years to resign, citing his advanced age and declining health.

Could a Canadian become the next pope?

According to reports from Rome, a long list of potential papal candidates has shrunk to only a few cardinals who are now considered to be front-runners.

Among them is Canadian cardinal Marc Ouellet, from La Motte, Que.

Ouellet, 68, is considered to be a favourite because of his conservative leanings and his position as head of the Vatican’s office for bishops, among other things. 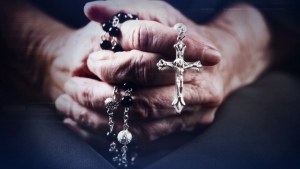 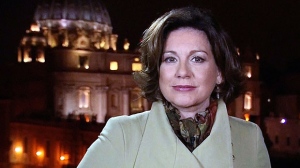 Lisa LaFlamme photos and blog on setting up at Sistine Chapel.