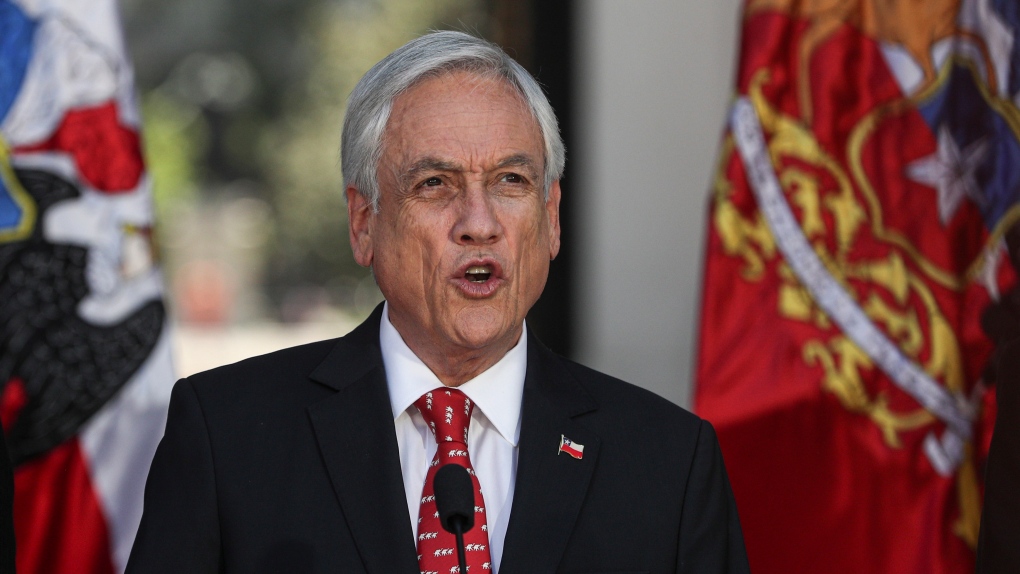 SANTIAGO, Chile -- Chile's president is announcing measures to increase security and toughen sanctions for vandalism following protests that have left at least 20 dead.

President Sebastian Pinera said Thursday that the measures that he'll send to Congress include bills against looting and the destruction of property. He said that some will seek the re-enforcement of aerial surveillance and police intelligence to fight crime.

The unrest began 21 days ago over a hike to subway fares, and it has grown into a massive movement demanding a broad range of changes.

Most protests have been peaceful, but some have turned violent with daily clashes between police and demonstrators. There have been cases of arson and looting.