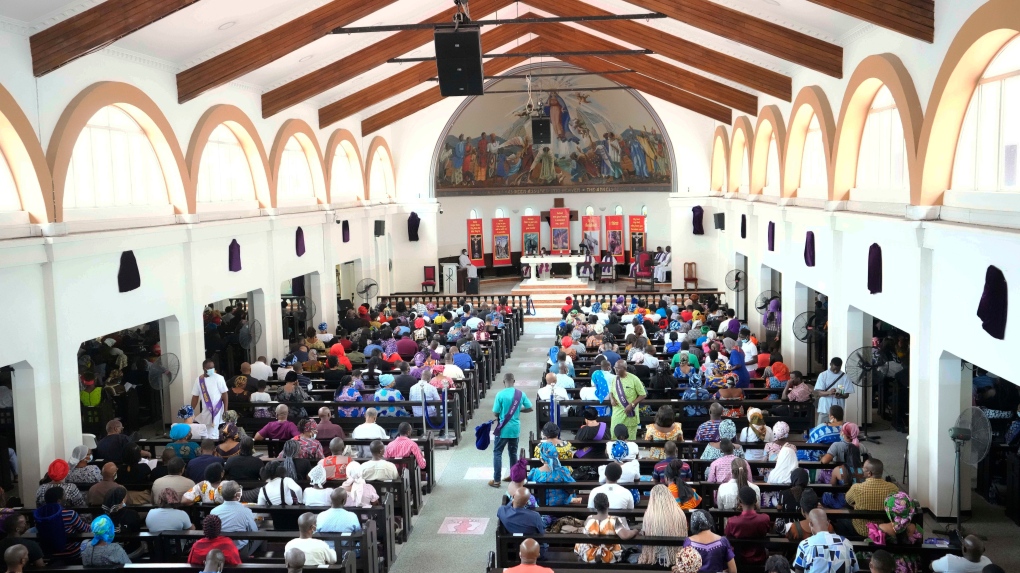 Police in Nigeria have freed at least 77 people who were kept in a church basement by pastors who preached to them about Christian believers ascending to heaven with the second coming of Jesus Christ, authorities said Sunday.

The people rescued Friday night from the church in Ondo state included 23 children, some as young as eight years old. Local residents told The Associated Press that some Whole Bible Believer Church members were kept there since last year.

Pastors at the church located 75 kilometres (46 miles) from Nigeria's capital encouraged the members "to stay behind" and wait for the rapture, Ondo police spokesperson Funmilayo Odunlami said.

Two pastors are in custody, although investigators have not found evidence indicating the church members were "abused and/or forced" to stay in the basement, she said.

"The assistant pastor said he told them what the Lord told him; that they should obey their parents in the Lord," Odunlami said,

Nigeria is a deeply religious country where many religious leaders are revered. It is not the first time authorities have reported rescuing people held by clerics, whether voluntarily or by force.

A woman raised the alarm about a possible kidnapping involving the Ondo church, saying her daughter was not permitted to go register for her exams, locals said.

Other residents had nuisance complaints about the church but were unaware of what was happening inside.

"They hold services all round the clock and people rarely sleep when they held their vigils," Tunde Valentino, who lives nearby, said. "It was until Tuesday when a woman came saying they did not release her two children."

When local authorities went there, some church members resisted their would-be rescuers and "refused to go," cursing parents who also arrived, according to Valentino.

Famakinwa Lucaskakaki, the president of a local youth group, said that during questioning, the church members insisted "they walked into the basement themselves" after service every Sunday.

"Some of them said they have been there since August; some told us they got there January this year," he said.

Russia seemingly struggles to replenish its troops in Ukraine

As Russia continues to suffer losses in its invasion of Ukraine, now nearing its sixth month, the Kremlin has refused to announce a full-blown mobilization — a move that could be very unpopular for President Vladimir Putin. That has led instead to a covert recruitment effort that includes using prisoners to make up the manpower shortage.