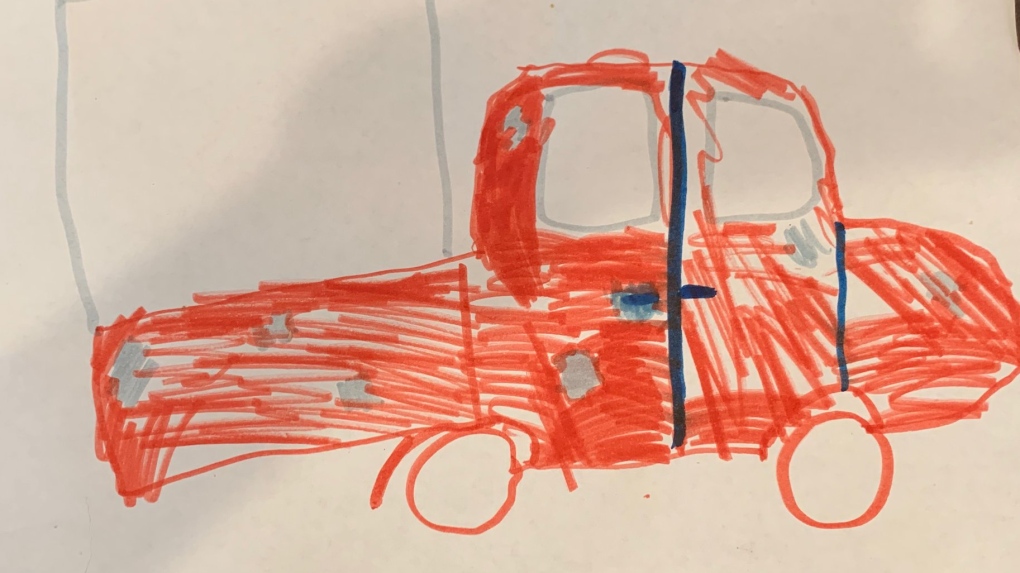 A nine-year-old’s drawing of a truck could help a Utah police department find the suspects behind a series of package thefts. (Springville Police Department / Facebook)

Most children’s drawings are simply relegated to the fridge door.

But one nine-year-old’s drawing could end up helping a Utah police department find the suspects behind a series of package thefts.

Last week, police officers in Springville were canvassing the area looking for a vehicle that was spotted following a mail truck and stealing the packages it left behind.

Officers found a little girl who had seen the suspicious red pickup truck and they asked her to draw what she’d seen.

In a Facebook post on Sunday, the Springville Police Department wrote that her “very well drawn” picture of the truck led to officers finding a match in one of the area’s surveillance cameras.

“Here at SVPD we leave no stone unturned when it comes to investigating misdeeds in Springville City!” the post read. “The truck in the picture is occupied by a man and woman and were seen following a mail truck around.”

The post also shows a side-by-side comparison between the girl’s drawing and a still image from security video. Her drawing even included the grey discolouration which illustrated the dents on the actual vehicle’s side and a rack.

The case appears to be ongoing and CTVNews.ca has reached out to the police department to see if any suspects have been found.