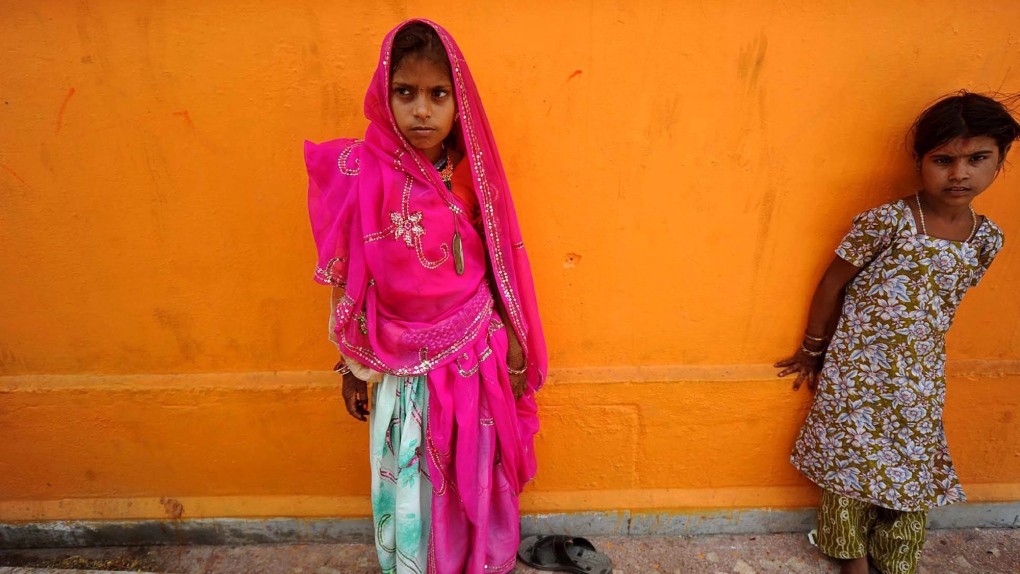 A newly married child bride, left, stands at a temple in Rajgarh, about 155 kilometres from Bhopal, India on Friday, May 6, 2011. (AP Photo/Prakash Hatvalne)

NEW DELHI - A significant fall in child marriages in South Asia has reduced the rate of marriage for girls globally, the UN children's agency said Tuesday.

UNICEF says progress in India helped reduced the risk of a girl in South Asia marrying before her 18th birthday to about 30 per cent from nearly 50 per cent.

Some 650 million women living today were married as children.

In India the legal age for marriage is 18 for women and 21 for men. Parents responsible for underage marriages can be imprisoned and government programs aim to encourage girls to stay in school, but the practice persists in a largely conservative culture where marriage is viewed as the most important event in a girl's life.

The global burden of child marriage has shifted to sub-Saharan Africa. According to UNICEF data, about 1 in 3 of the world's most recently married girls are in sub-Saharan Africa, compared to 1 in 5 a decade ago.

"Each and every child marriage prevented gives another girl the chance to fulfil her potential," said Malhotra.

"But given the world has pledged to end child marriage by 2030, we're going to have to collectively redouble efforts to prevent millions of girls from having their childhoods stolen through this devastating practice."