Child, 5, carries toddler to safety in -35 C weather after both left home alone 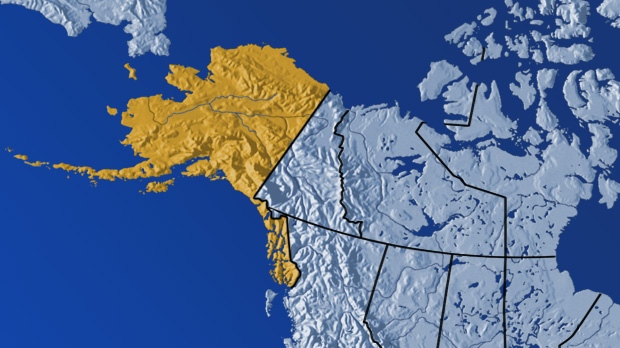 ANCHORAGE, ALASKA -- A 5-year-old child left alone in a house in a remote Alaska village carried a toddler half a mile to a neighbour’s home in the bitter cold wearing only socks and light clothing after the power went out, authorities said Friday.

Both children suffered cold-weather injuries in temperatures that dipped to -35 C in the village of Venetie, Alaska State Troopers said in a news release. Spokesman Ken Marsh couldn’t immediately detail the extent or nature of the injuries.

The adult who left the children in the home, Julie Peter, 37, has been arrested on suspicion of endangering the welfare of a minor. Online court records do not list the case, and it’s not known if she has an attorney. She remained jailed Friday.

Troopers on Tuesday received a request to check on the two children in a village of 175 people about 250 kilometers north of Fairbanks. Like other interior Alaska communities, it sees extreme temperature variations throughout the year and in winter routinely reaches 40 degrees below zero or lower.

Troopers chartered an airplane to reach the village. They learned the 5-year-old had been left alone with an 18-month-old toddler. It’s unclear how long they were on their own, and Marsh said he could not say what the children’s relationship is to Peter.

“Unfortunately, I’m unable to provide anything beyond what’s contained in the dispatch right now,” he said by email.

The 5-year-old child became scared when the power went out in the home, troopers said.

The older child carried the baby to another home. A community member called troopers.