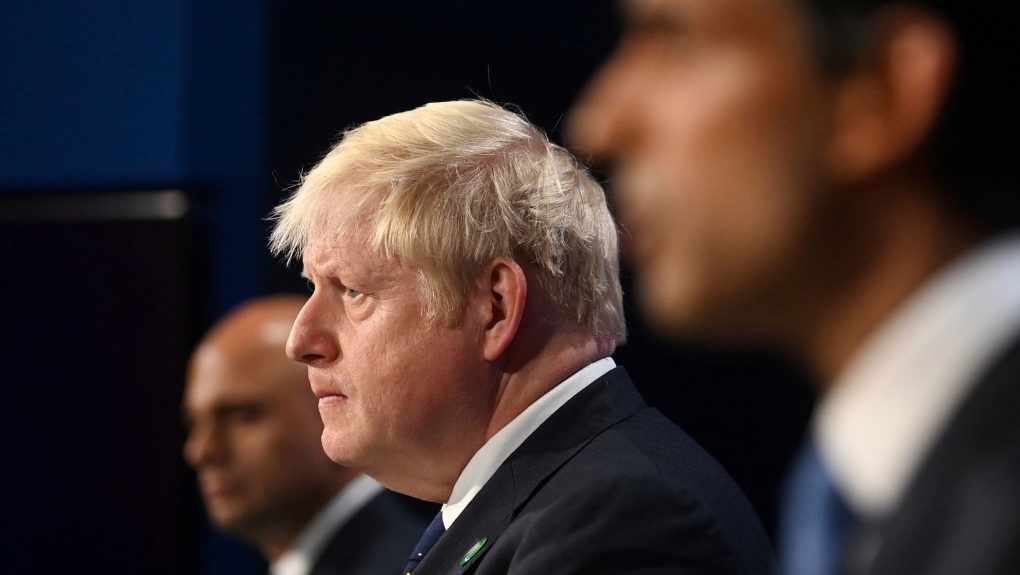 In this Tuesday, Sept. 7, 2021 file photo, from left, Britain's Health Secretary Sajid Javid, Prime Minister Boris Johnson and Chancellor of the Exchequer Rishi Sunak attend a media briefing in Downing Street, London. Johnson is set to announce how his government plans to control the coronavirus during the fall and winter. (Toby Melville/Pool Photo via AP, File)
LONDON -

Wahl died "suddenly and peacefully" at a London hospital on Monday, according to a death notice in The Times of London.

Boris Johnson once described his mother as the "supreme authority" in his large, close-knit family. She was a successful painter of portraits and landscapes.

The public inquiry into Nova Scotia's mass shooting has already cost $25.6 million to investigate the April 18-19, 2020, rampage -- and there are still about five months remaining in its mandate.