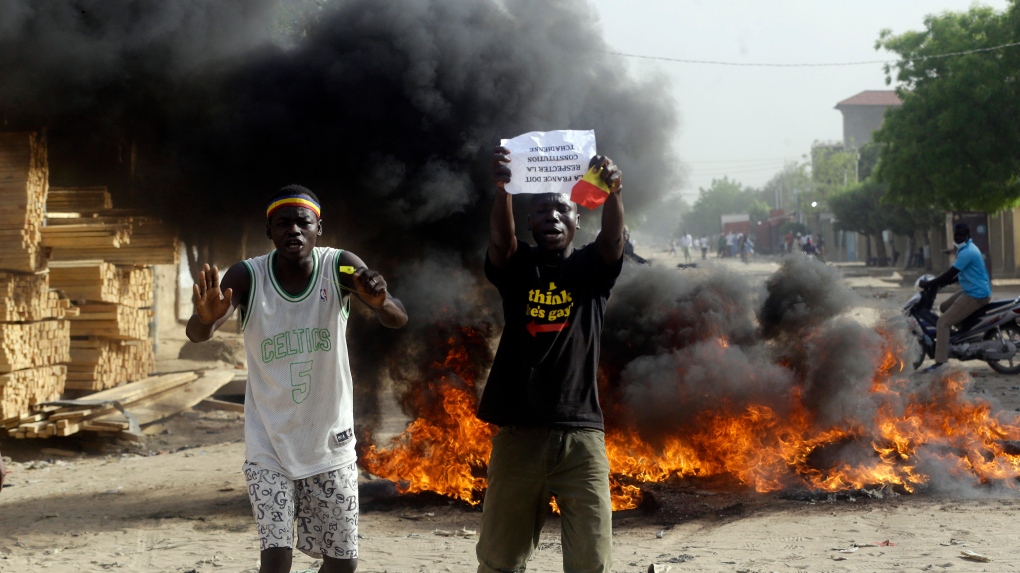 Chad's military government signed a pledge Monday with more than 40 rebel groups and opposition figures ahead of planned national reconciliation talks, though the deal did not include the country's main rebel group.

Under the terms of the deal in Doha, those who signed have agreed to a cease-fire ahead of the Aug. 20 talks planned in the Chadian capital of N'Djamena. Chad's junta also agreed to "not take any military or police operations against the signing groups" in neighboring countries.

However, the Front for Change and Concord in Chad, the main rebel group in the country, did not sign the pledge. The shadowy group, known by its French acronym FACT, is blamed for the 2021 killing of Chad's longtime President Idriss Deby Itno, who had ruled the country since 1990.

That immediately called into question whether the deal would be enough to ensure the success of the talks as a planned 18-month transition from military rule to democracy winds down.

We hope "other groups will join the march of reconciliation and peace, with a view to achieving the aspirations and dreams of the Chadian people," Qatari Foreign Minister Sheikh Mohammed bin Abdulrahman Al Thani told those gathered for the signing ceremony. "The initial peace agreement we are celebrating today will be an important turning point towards stability and prosperity for the Chadian people."

"It is no secret that the negotiations faced many challenges which were addressed through your estimated efforts," Sheikh Mohammed added.

UN Secretary-General Antonio Guterres commended the Chadian parties "for their efforts in the pursuit of peace, which are bearing fruit today," spokesman Stephane Dujarric said. Guterres addressed the signing ceremony in a video message.

The UN chief said he hoped the Doha peace agreement will enable the participation of the signatory groups in a national dialogue alongside Chadians from all walks of life, Dujarric said.

"He noted that the national dialogue will provide a historic opportunity to put Chad on the path towards constitutional order and sustainable peace," Dujarric said.

The European Union praised the signed pledge as "an important step for the transition" and urged all parties to join it to speed a return to "constitutional order" in Chad.

"This would allow the launch of a truly inclusive national dialogue, which should start without further delay," the EU said.

The talks began in March in Qatar. The challenges during the negotiations include some 20 rebel groups walking out of the talks in July, accusing the military government under Deby's 38-year-old son, Mahamat Idriss Deby, of "harassments, intimidation, threats and disinformation" amid the negotiations.

Rebels have called for Deby to declare he would not run in any coming elections, though the military junta has insisted that can only be decided in the national dialogue talks. The pledge signed Monday in Qatar by 42 of 47 Chadian rebel groups and opposition figures involved in the talks did not include any prohibition on Deby running in any coming vote.

In a statement before the ceremony, FACT said it rejected the accord as those taking part in the national dialogue would be not be treated equally and that it wanted rebel prisoners released as well. However, it maintained it remained ready for future talks.

Chad's Foreign Minister Mahamat Zene Cherif also signed the deal on behalf of his country, though Deby had been in Doha on Saturday to meet Qatar's ruling emir ahead of the signing ceremony.

Chad had grown frustrated by the 30 years of rule by Deby's father, leading to years of rebel uprisings in the former French colony that borders Cameroon, the Central African Republic, Libya, Niger, Nigeria and Sudan. Unrest in those surrounding countries have seen Chadian rebel forces hide across the border.

Robert Cormier, a Toronto-born actor whose credits include 'American Gods' and the long-running series 'Heartland' has died at age 33.