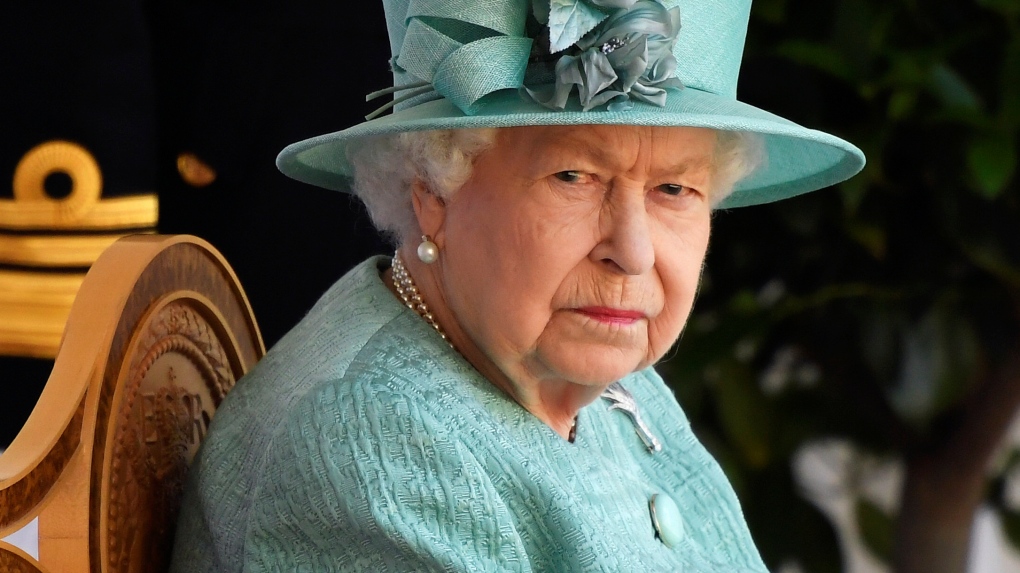 Queen Elizabeth II during a ceremony to mark her official birthday at Windsor Castle in Windsor, England, Saturday June 13, 2020. (Toby Melville/Pool via AP)

TORONTO -- The U.K.’s education secretary has criticized a decision by Oxford University graduate students to remove a portrait of the Queen from their common room.

On Tuesday, Gavin Williamson tweeted his reaction to the move by the members of Magdalen College Middle Common Room (MCR), an organization consisting of graduate students at the university.

“Oxford University students removing a picture of the Queen is simply absurd. She is the Head of State and a symbol of what is best about the UK,” Williamson wrote.

The day before, MCR students voted to take down the portrait of the monarch in the common room because, for some students, “depictions of the monarch and the British monarchy represent recent colonial history,” according to minutes of the debate that were reported by local media.

Despite the criticism from the education secretary and some online commentators, the president of Magdalen College, Dinah Rose, defended the students’ rights.

In a series of tweets, Rose said the MCR is not representative of the college and the decision to take down the portrait was theirs to make.

“A few years ago, in about 2013, they bought a print of a photo of the Queen to decorate their common room,” she wrote. “They recently voted to take it down. Both of these decisions are their own to take, not the College’s. Magdalen strongly supports free speech and political debate, and the MCR'S right to autonomy.”

Rose continued that it’s possible the students will vote to put it up again, or maybe they won’t, but in the meantime, it will be “safely stored.”

“Being a student is about more than studying. It's about exploring and debating ideas. It’s sometimes about provoking the older generation. Looks like that isn’t so hard to do these days,” she said.

The college president also asked that those who are sending “obscene and threatening messages” to college staff to think carefully if that is the best way to show respect for the Queen.

“Or whether she'd be more likely to support the traditions of free debate and democratic decision-making that we are keeping alive at Magdalen,” she said.

When contacted by CTVNews.ca, a spokesperson for Magdalen College said they would not be commenting on the matter beyond what the president said in her tweets.