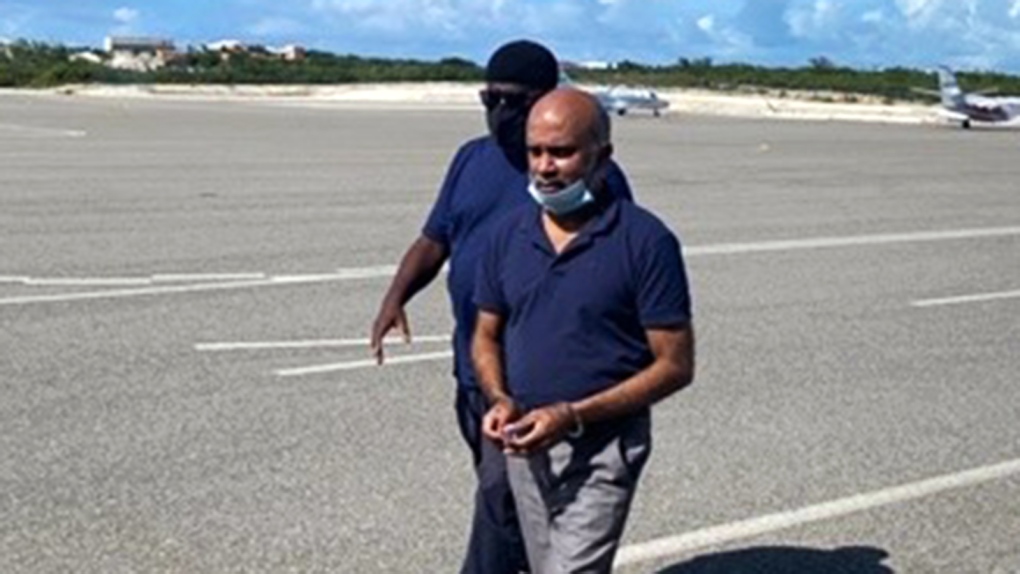 TORONTO -- A Canadian man has been sentenced to 32 months in prison in Florida for his role in an international human smuggling ring, the U.S. Department of Justice announced Monday.

Srikajamukam Chelliah (who authorities say also went by Mohan or Richie), a Sri-Lanka-born Canadian citizen, had previously pleaded guilty on Feb. 24 to conspiracy to bring aliens to the U.S. for private financial gain in connection to his role in a smuggling ring that aimed to bring undocumented immigrants from Sri Lanka through the Caribbean and into the U.S. for money.

He had been flown to the U.S. on an extradition request in August 2020 after serving a prison sentence in Turks and Caicos Islands for charges of the same nature.

Chelliah admitted to “conspiring with others to facilitate the travel of undocumented immigrants from Sri Lanka through Haiti, Turks and Caicos Islands, and the Bahamas to the U.S. from July 2019 to October 2019,” a Department of Justice release said.

Chelliah also worked with other human smugglers to arrange housing and transport for the undocumented immigrants en route to Canada through the U.S.

The release details Chelliah’s methods of human smuggling, saying he arranged for people to be transported from the airport in Port-au-Prince in Haiti to a hotel where Chelliah housed them and fed them.

He then arranged transport from Haiti to Turks and Caicos Islands and on to the Bahamas before arriving in Miami, Fla. Chelliah accompanied the people being smuggled by boat.

Chelliah had been previously arrested in October 2019 when Turks and Caicos authorities found him in a sailboat in their waters with 158 passengers, including several Sri Lankans and one Indian, who were being smuggled, according to the Royal Turks and Caicos Islands Police Force (RT&CIPF).

Chelliah was convicted on immigration charges and sentenced to 12 months in prison. He was previously convicted of human smuggling-related offences in the U.S. in 2003 and 2012, according to the RT&CIPF.

The case was jointly-investigated by Homeland Security Investigations (HSI), the HSI human smuggling unit and U.S. Customs and Border Protection, along with the Extraterritorial Criminal Travel Strike force.