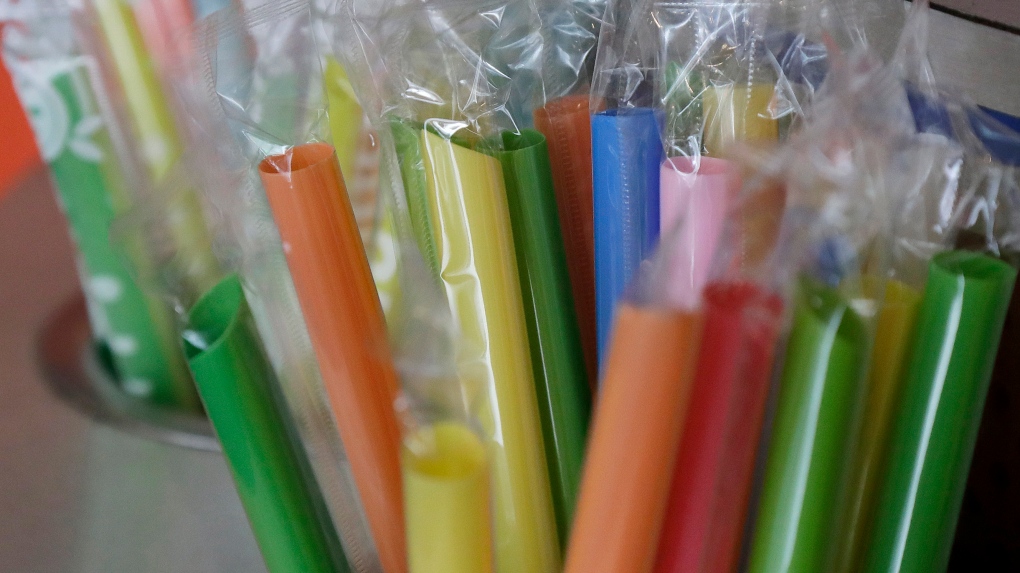 SACRAMENTO, Calif. -- If you want a straw with your drink or a soda with a kids' meal at a California restaurant, you'll need to ask for them starting next year.

Neither law is an outright ban on straws or sugary drinks in kids' meals. But some Republicans have called the measures government overreach by the heavily Democratic state.

California restaurants that don't comply with the straw law will get two warnings before being fined. Lawmakers changed the legislation to add a $300 annual fine limit. It will apply only to sit-down restaurants where customers are waited on by restaurant staff, not fast-food establishments.

Health inspectors will be responsible for enforcing the law.

Democratic lawmakers who support the policy call it a small step toward reducing ocean pollution.

Brown, who has made environmental issues a signature priority, pointed to the large amount of plastic dumped in oceans every year that can kill whales and fish and contaminate people's food and water supplies.

"Plastic has helped advance innovation in our society, but our infatuation with single-use convenience has led to disastrous consequences," Brown said in a statement. "Plastics, in all forms -- straws, bottles, packaging, bags, etc. -- are choking the planet."

California's law doesn't go as far as those in cities, including San Francisco and Seattle, that ban straws outright.

And some lawmakers who voted against the measure said it would unfairly punish restaurants, although the restaurant industry didn't oppose the proposal.

The law doesn't address the biggest causes of plastic ocean pollution, such as fishing nets, and doesn't apply to some of the biggest users of plastic straws: fast-food restaurants, said Tod Hardin, director of operations and communications for the non-profit Plastic Oceans International.

"That in some ways makes it a little bit weaker than we would have hoped for, but it's a step toward changing behaviour and raising awareness," he said. "It's a move in a positive direction."

The sugary drink law will still let restaurants and fast food chains sell soda or juice with children's meals. But it says only milk; a non-dairy milk alternative; or sparkling, still or flavoured water can be handed out as a default and advertised on the menu.