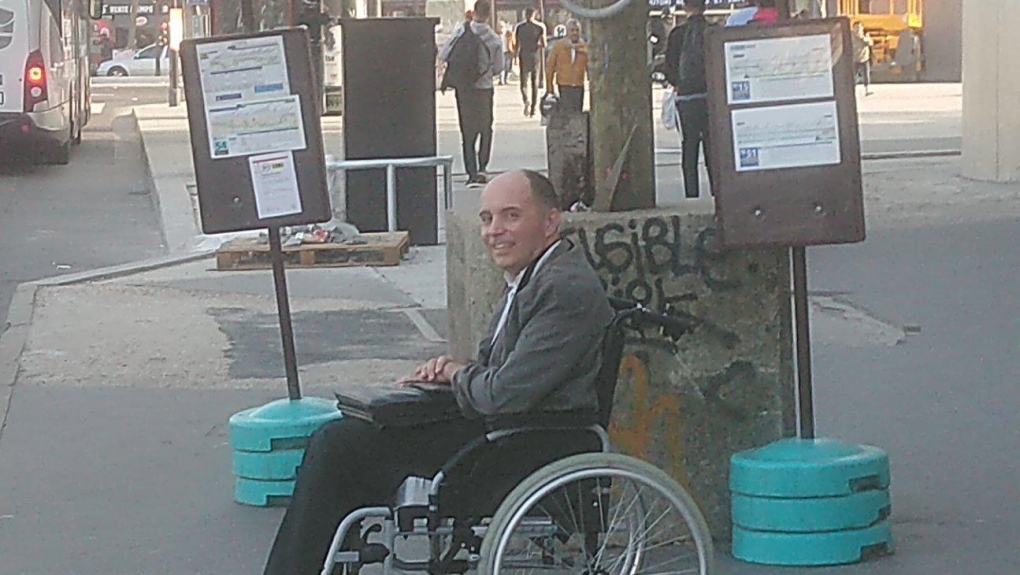 A bus driver in Paris is being praised for ordering his passengers to leave the bus because they wouldn’t make room for a man in a wheelchair.

François Le Berre shared the story to Facebook, saying it happened Oct. 18 at a bus stop in the French capital’s 17th district.

Le Berre said he wanted to board the bus but couldn’t because nobody was willing to make space for him.

When the bus driver noticed what was happening, Le Berre said, he yelled for everyone to get off the bus. He then singled out Le Berre, telling him that he and his companion could board while everyone else would have to wait for the next bus.

Le Berre’s Facebook post was shared more than 1,300 times. It was later amplified by French accessibility groups, with one tweet alone garnering more than 5,200 retweets and 12,000 likes.

The story received many positive comments, with people praising the bus driver for his actions and urging French President Emmanuel Macron to honour the driver.

RATP, the operator of Paris’ public transit system, reached out as well, with a spokesperson saying the agency wanted to help recognize the driver for his actions.

When asked if the request was a smokescreen for an attempt to identify the driver so they could be punished for kicking passengers off a bus, another RATP spokesperson said the agency would not discipline a driver who had acted in the best interests of a passenger.