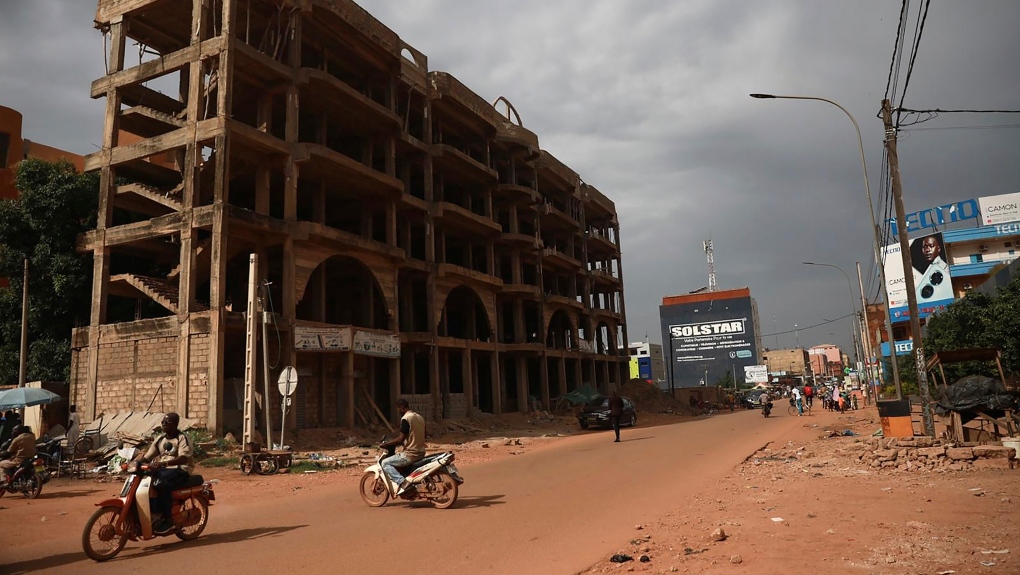 Burkina Faso's new junta leadership called for an end to the unrest Sunday, a day after angry protesters attacked the French Embassy and other buildings following the West African nation's second coup this year.

In a statement broadcast on state television, junta spokesman Capt. Kiswendsida Farouk Azaria Sorgho called on people to "desist from any act of violence and vandalism" especially those against the French Embassy or the French military base.

Anti-French sentiment rose sharply after the new junta alleged that interim president Lt. Col. Paul Henri Sandaogo Damiba, who was ousted by the military on Friday, was sheltering at a French military base. France vehemently denied the allegation, but soon protesters with torches thronged the perimeter of the French Embassy in Ouagadougou, the capital.

Damiba's whereabouts were still unknown Sunday but an online statement attributed to him called on new coup leader Capt. Ibrahim Traore and his followers "to come to their senses to avoid a fratricidal war that Burkina Faso does not need."

Saturday's violence was condemned by the French Foreign Ministry, which denied any involvement in the rapidly developing events. Spokeswoman Anne-Claire Legendre said French Institutes in Ouagadougou and the country's second-largest city, Bobo-Dioulasso, had also been targeted and urged all French citizens to be very cautious.

"The situation is very volatile in Burkina Faso," she told The Associated Press on Sunday. "There have been serious violations of the security of our diplomatic presence."

Religious leaders on Sunday said they were attempting to mediate the country's political crisis and that Damiba had "proposed his own resignation in order to avoid clashes." However, they said he demanded guarantees for his safety and those who support him in the armed forces.

Damiba also said the new junta must respect the commitments already made to the regional bloc ECOWAS, which include an election by July 2024, the religious leaders said.

There was no independent corroboration of the alleged negotiations.

The events unfolding in Burkina Faso have deepened fears that the political chaos will divert attention from the country's unabated Islamic insurgency, a crisis that has forced 2 million people from their homes and left thousands dead in recent years.

Damiba came to power in January promising to secure the country from jihadi violence. However, the situation only deteriorated as jihadis imposed blockades on towns and have intensified attacks. Last week, at least 11 soldiers were killed and 50 civilians went missing after a supply convoy was attacked by gunmen in Gaskinde commune in the Sahel. The group of officers led by Traore said Friday that Damiba had failed and was being removed.

To some in Burkina Faso's military, Damiba also was seen as too cozy with former colonizer France, which maintains a military presence in Africa's Sahel region to help countries fight Islamic extremists.

Some who support the new coup leader, Traore, have called on Burkina Faso's government to seek Russian support instead. Outside the state broadcaster on Sunday, supporters of Traore were seen cheering and waving Russian flags.

In neighboring Mali, the coup leader has invited Russian mercenaries from the Wagner Group to help with security, a move than has drawn global condemnation and accusations of human rights abuses.

Conflict analysts say Damiba was probably too optimistic about what he could achieve in the short term but that a change at the top didn't mean that the country's security situation would improve.

"The problems are too profound and the crisis is deeply rooted," said Heni Nsaibia, a senior researcher at the Armed Conflict Location & Event Data Project. "It is hard to imagine that this disunity among the armed forces and the ongoing turmoil will help resolve an already extremely volatile situation."

He expected that "militant groups will most likely continue to exploit" the country's political disarray.

As uncertainty prevailed, the international community widely condemned the ouster of Damiba, who himself overthrew the country's democratically elected president in January.

"We call on those responsible to de-escalate the situation, prevent harm to citizens and soldiers, and return to a constitutional order," he said.

The African Union and the West African region bloc known as ECOWAS also sharply criticized the developments, urging the military to "avoid escalation and in all circumstances to protect civilians."