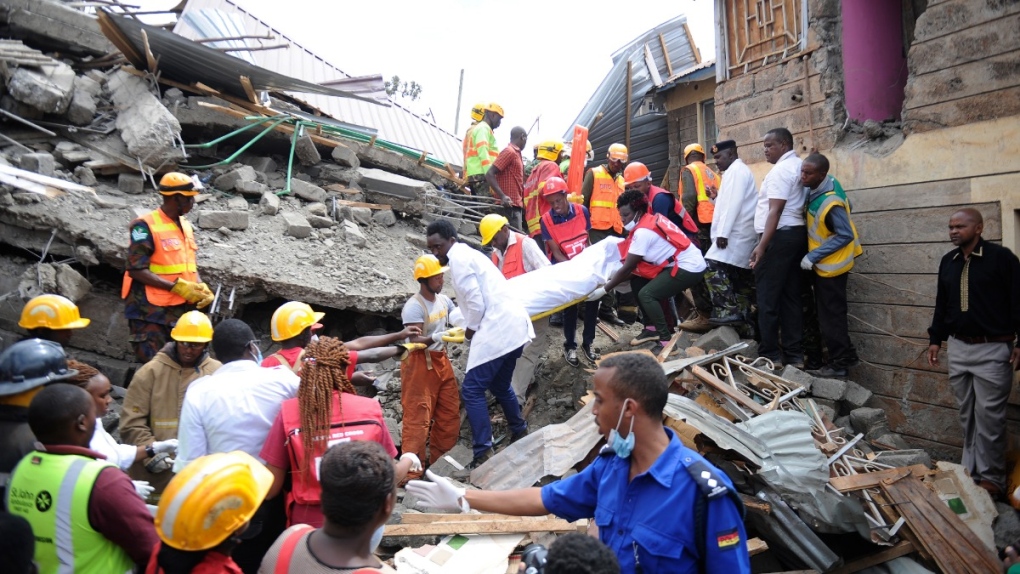 A multi-storey building collapsed outside Kenya's capital Monday, killing a woman and two children, and rescuers picked through the debris in search of a family reported missing.

Four people were rescued, including a child, after the collapse in Kirigiti, said Kiambu county Gov. Kimani Wamatangi. But "we know that there is a man and his wife, and most likely there will be a child, inside there."

Such building collapses aren't uncommon in Nairobi and elsewhere in Kenya amid weak oversight, shoddy construction and corruption.

"The building that was being put up here was being done in an extremely substandard way," the governor said. "This guy built without authorization. He came and applied for permission, he was told to comply with a few conditions, he disappeared, continued to build."