Buffalo snowstorm: By the numbers

It appears that Old Man Winter is stranded in Buffalo, New York, with the locals, as the city and surrounding areas brace for more heavy snow Thursday.

The storm is expected to move out by Friday, followed by warmer temperatures and rain. But by the time all the snow has fallen and the storm moves out, weather experts are predicting new local snowfall records will be set.

Here's a look at the storm by the numbers, so far: 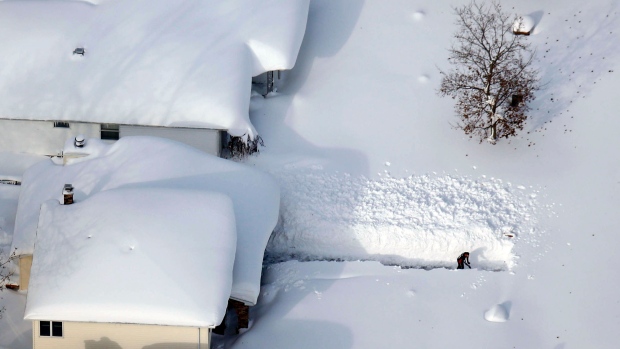 65 inches in 24 hours: The highest snowfall total has been recorded in Cheektowaga, which received 65 inches (165 centimetres) in 24 hours. That much snow in 24 hours may rank among the top five fastest snowfalls ever in the region, according to National Weather Service meteorologist David Church.

Between 1 and three feet of snow is expected to fall on Thursday, which could bring the weekly snowfall total for the region close to the yearly average: 93.6 inches (nearly 238 cm), or nearly eight feet (2.4 metres). 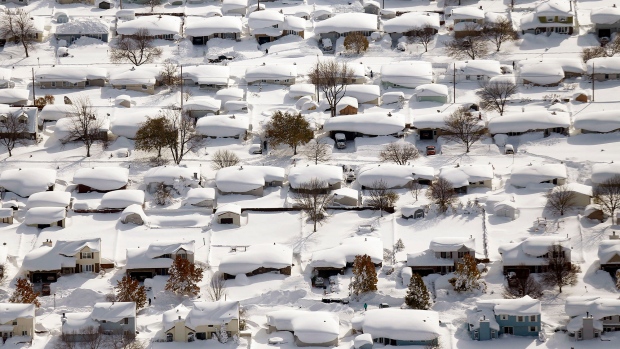 Eight dead: The storm is being blamed for eight deaths, many from heart attacks. The most recent death was reported early Thursday, when a man in his 60s died while operating a snow blower.

Meanwhile, more than 100 motorists were trapped on the 1-90 at the height of the storm, some for nearly 24 hours. Local officials had to close a 212-km portion of the interstate. 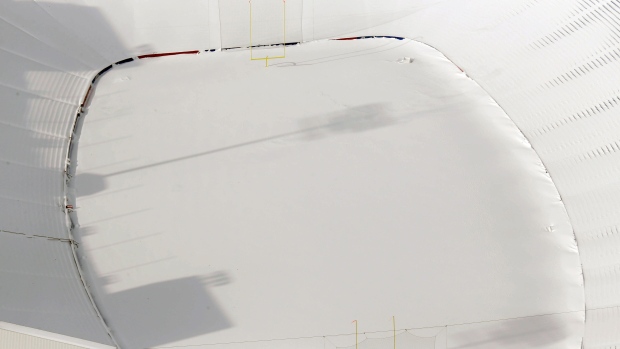 A team spokesperson said that's the most snow that has accumulated in the stadium in its history.

The team is offering $10 an hour and tickets to the game to anyone willing to grab a shovel and help clear the stands.

A Friday NHL game -- Sabres vs. New York Rangers -- has been postponed. The NHL says it will announce a makeup game at a later date. 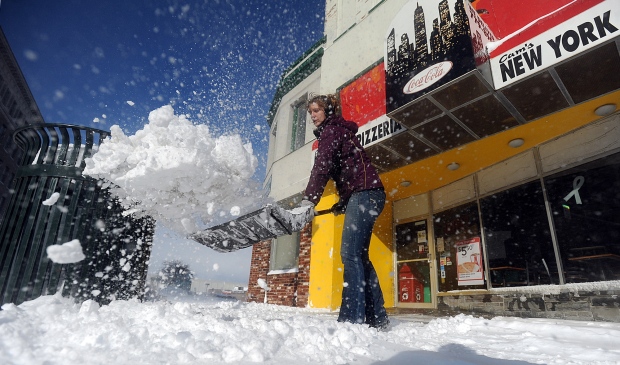 Temps rising to 13 C: Residents and rescue workers may have to worry about widespread flooding over the weekend, as temperatures rise and rain moves in.

On Saturday, forecasters are calling for between 1 and 3 mm of rain and temperatures to reach 5 C. On Sunday, another 5 to 10 mm of rain may fall as temperatures soar to 9 C. The temperature will hit 13 C on Monday before falling again.