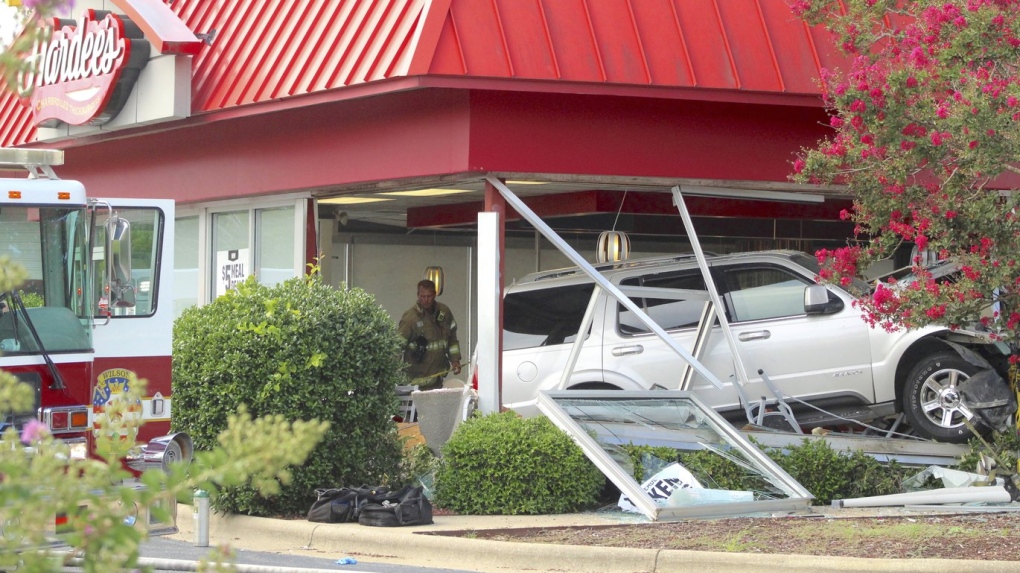 The single-vehicle crash occurred at about 9:45 a.m. at a Hardee’s restaurant in the city of Wilson, around 40 miles (65 kilometres) east of the state capital, Raleigh.

The Lincoln Aviator struck brothers Christopher Ruffin, 58, and Clay Ruffin, 62, both from Wilson, according to a police news release. Christopher Ruffin was pronounced dead at the scene, while his brother died at ECU Health Medical Center in Greenville.

Photos from the scene showed the silver SUV appeared to have gone through the front windows, coming to a stop inside the dining area atop broken glass and window frames.

Another customer was examined by emergency medical personnel but didn't go to the hospital, said police Sgt. Eric McInerny.

Police identified the driver as Jesse Lawrence, 78, of Wilson, who was treated at Wilson Medical Center and released. The investigation was still ongoing, but police said they didn't believe the crash to be medical- or impairment-related.

No charges had been announced late Sunday afternoon.

'The noise was deafening': Snowbirds, Canadian travellers describe what Hurricane Ian was like

As Hurricane Ian rips through Florida, the immense destruction is also being felt by Canadian property owners, also known as snowbirds. For those who rode out the storm, it may be a long wait until they can book a flight home.

Team-based care is more efficient and benefits both patients and surgeons, so it should be widely adopted across surgical specialties, some surgeons say.

Climate change added at least 10 per cent more rain to Hurricane Ian, a study prepared immediately after the storm shows.

Convicted bombmaker escaped U.S. prison without his absence being noted for 4 days

Authorities say they are investigating how a convicted bombmaker was able to easily escape from a Nevada prison without anyone noticing for four days, before a tip led to his capture at a transit centre in Las Vegas Wednesday night as he prepared to board a bus out of town.

Why home insurance will get more expensive for all of us and unaffordable for some, according to experts