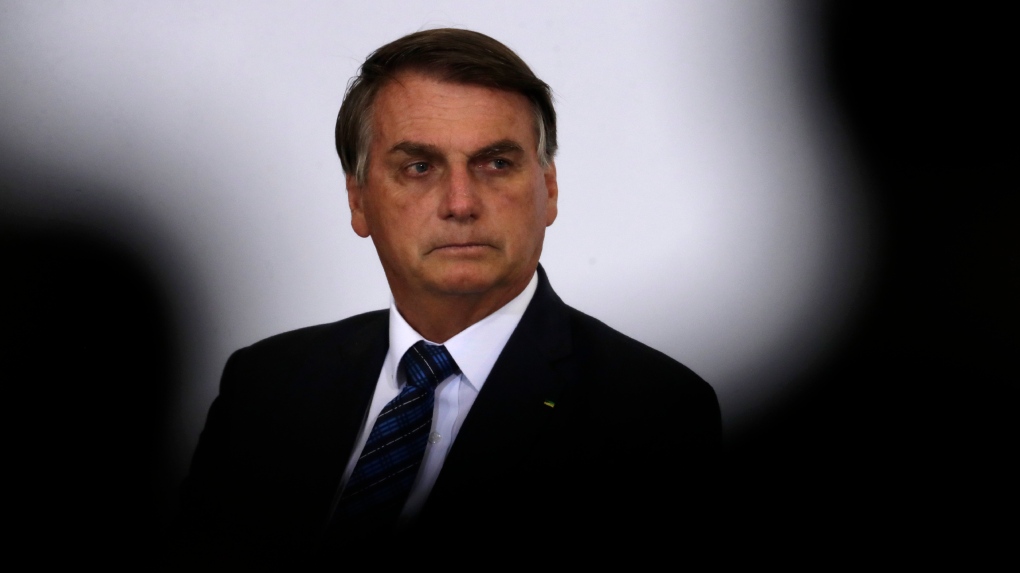 BRASILIA, BRAZIL -- A Brazilian Senate report recommended Wednesday pursuing crimes against humanity and other charges against President Jair Bolsonaro for allegedly bungling Brazil's response to COVID-19 and contributing to the country having the world's second-highest pandemic death toll.

Sen. Renan Calheiros presented the proposal to a committee of colleagues that has spent six months investigating the Brazilian government's management of the pandemic. The decision on whether to file most of the charges would be up to Brazil's prosecutor-general, a Bolsonaro appointee and ally.

Bolsonaro has consistently downplayed the threat of the coronavirus and touted misinformation and unproven COVID-19 treatments while ignoring international health guidelines on mask use and public activity. The 11-member Senate panel examined whether his actions caused many of Brazil's more than 600,000 COVID-19 deaths.

In a nearly 1,200-page report based on the committee's work, Calheiros called for Bolsonaro's indictment on charges ranging from charlatanism and inciting crime to misuse of public funds and crimes against humanity.

By insisting on so-called early treatment drugs like the anti-malarial medication hydroxychloroquine as "practically the only government policy to fight the pandemic," the report states, "Jair Bolsonaro strongly collaborated for COVID-19's spread in Brazilian territory and, as such, showed himself to be the main person responsible for the errors committed by the federal government during the pandemic."

The far-right Brazilian leader has repeatedly described the Senate investigation as a political instrument aimed at sabotaging him and denied any wrongdoing.

"We know we are not to blame for anything. We know we did the right thing from the very first moment," Bolsonaro said Wednesday from the northeastern state of Ceara.

The office of Prosecutor-General Augusto Aras said in a statement that the report would be carefully analyzed once it's received. Analysts said it was unclear if Aras would charge the president even if there are legal grounds to do so, and that the report was far more likely to hamper Bolsonaro's push for reelection in 2022 than make him a defendant in a courtroom.

"The major impact of the investigation is political, because it generated tons of news that certainly will be used by campaign strategists next year," said Thiago de Arag├úo, director of strategy at political consulting firm Arko Advice.

Calheiros, whom the committee designated to write the report, read a summary to the Senate committee on Wednesday. In addition to Bolsonaro, the report recommends charges for current and former members of his administration, dozens of allies, the president's three sons who are politicians and two companies.

The committee "collected evidence that abundantly demonstrated that the federal government was silent and chose to act in a non-technical and reckless manner," the report states.

The document can be modified before the 11-member senatorial committee considers endorsing it; a vote is set for Oct. 26. The committee's approval is needed before the report goes to the office of the prosecutor-general, who has the authority to carry the investigation forward and eventually pursue charges.

Pierpaolo Bottini, a lawyer with the Brazilian Bar Association who has advised the committee members, told The Associated Press that other avenues for bringing charges are available to the Senate if the prosecutor-general doesn't ask the Supreme Court for authorization to investigate the president. But those would run through the speaker of Congress' Lower House, another Bolsonaro ally.

Regardless of whether the report leads to charges, it is expected to fuel criticism of the divisive president, whose approval ratings have slumped ahead of his 2022 reelection campaign. The investigation itself has for months provided a drumbeat of damaging allegations.

Senators obtained thousands of documents and heard testimony from over 60 people. Scandals came to light, such as Bolsonaro allegedly turning a blind eye to possible corruption in a deal to purchase coronavirus vaccines.

Bolsonaro continues to argue that the hydroxychloroquine is effective in treating COVID-19, though broad, major studies have found it to be ineffective and potentially dangerous. On Wednesday, referring to criticism around his push for chloroquine, he portrayed his advocacy as a historical event.

"Back then, no one knew how to treat this disease and I had the courage, after listening to many people, especially doctors, to put forward a possible solution."

On Monday, Giovanna Gomes Mendes da Silva, 19, spoke tearfully of her parents deaths and assuming custody of her 10-year-old sister. Her testimony so affected the sign language interpreter for the Senate's broadcast channel that he struggled to contain his emotion and had to be replaced halfway through.

"We lost the people we loved the most," da Silva told senators. "And I saw that I needed my sister, and that she needed me. I leaned on her, just like she leaned on me."

An earlier draft of the Senate report had recommended the president be indicted for homicide and genocide, as well, though the two proposed charges were scrapped in the face of opposition from committee members and concern that bombastic claims could undermine the report's credibility.

Still, the report concluded that the government "deliberately exposed the population to a concrete risk of mass infection," influenced by a group of unofficial advisers who advocated for pursuing herd immunity long after many experts said that wasn't a viable option. ------ Jeantet reported and David Biller contributed from Rio de Janeiro.