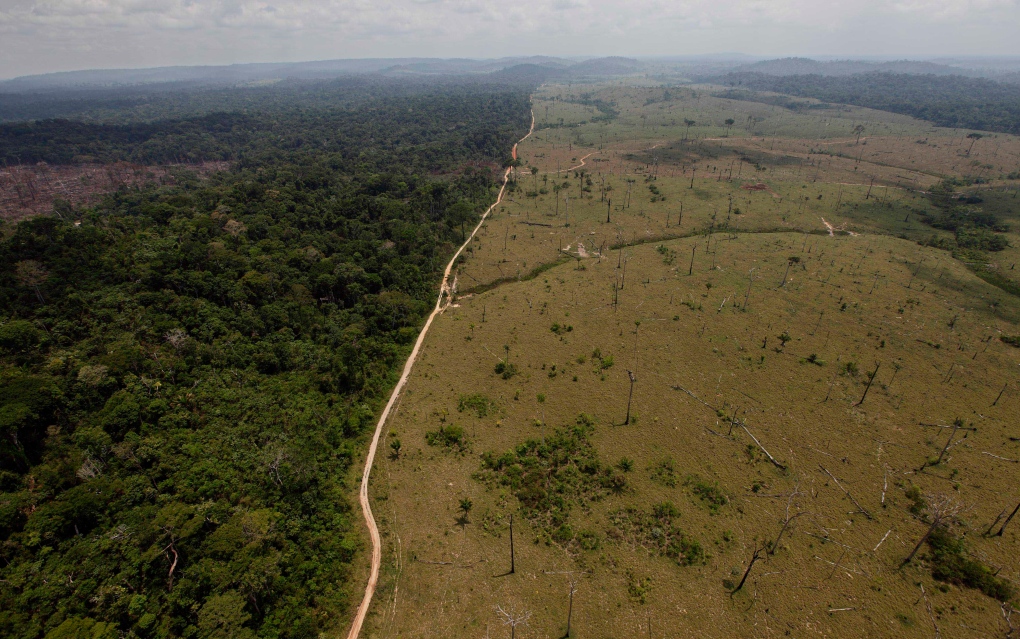 The Brazilian Institute of Environment and Renewable Natural Resources said Ezequiel Antonio Castanha, who was detained Saturday in the state of Para, operated a network that illegally seized federal lands, clear-cut them and sold them to cattle grazers.

The agency blames the network for 20 per cent of the deforestation in Brazil's Amazon in recent years, though the statement issued Monday did not provide the estimated scale of the devastation.

It quoted the agency's head of environmental protection, Luciano Evaristo, as saying he hopes Castanha's arrest will "contribute significantly to controlling deforestation in the region."

Castanha will face charges including illegal deforestation and money laundering, and could be sentenced to up to 46 years in prison, the statement said.

Officials said late last year that 1,870 square miles (4,848 square kilometres) of rain forest were destroyed between August 2013 and July 2014. That's a bit larger than the U.S. state of Rhode Island.

In addition to holding around one-third of the planet's biodiversity, the Amazon is considered one of the world's most important natural defences against global warming because of its capacity to absorb huge amounts of carbon dioxide. Rain forest clearing is responsible for about 75 per cent of Brazil's emissions as vegetation is burned and felled trees rot.