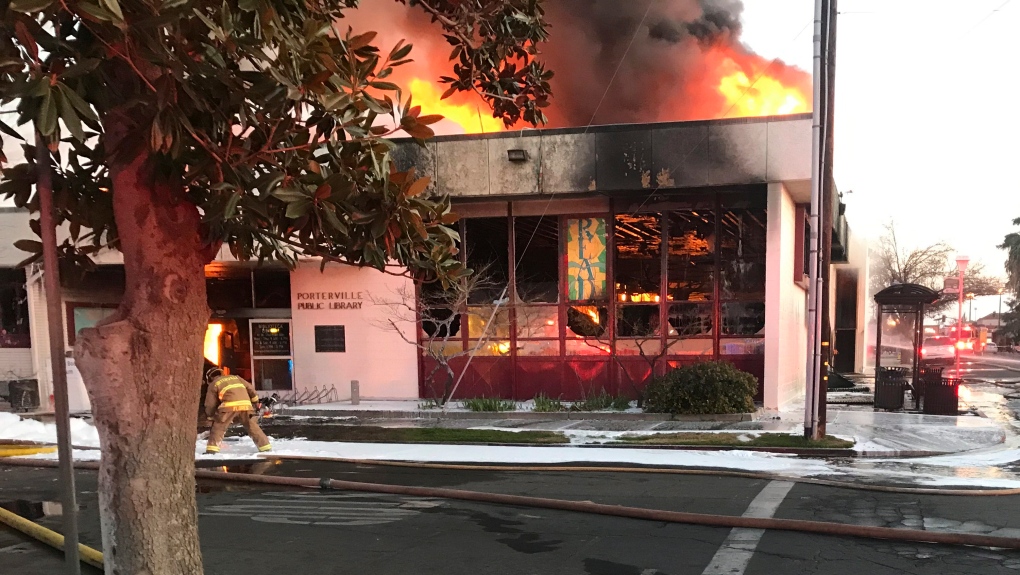 PORTERVILLE, CALIF. -- Murder charges have been filed against two 13-year-old boys suspected of starting a blaze that killed two firefighters at a central California library.

Police said the boys were arrested after they were seen running from Porterville City Library shortly after flames erupted on the afternoon of Feb. 18.

The boys denied the charges and remain in jail, the newspaper said. Their names were not released because they are minors. They are scheduled to return to juvenile court on March 11.

Firefighters Patrick Jones, 25, and Raymond Figueroa, 35, were killed as they battled the flames that gutted the library in the town about 50 miles (79 kilometres) north of Bakersfield in the San Joaquin Valley.

The library was built in 1953 and did not have sprinklers, said Fire Capt. Joanne Bear.

It was not immediately known if the boys have attorneys who can speak on their behalf.

In California, children under 14 can't be tried as adults, even if they are charged with serious and violent felonies, such as murder.