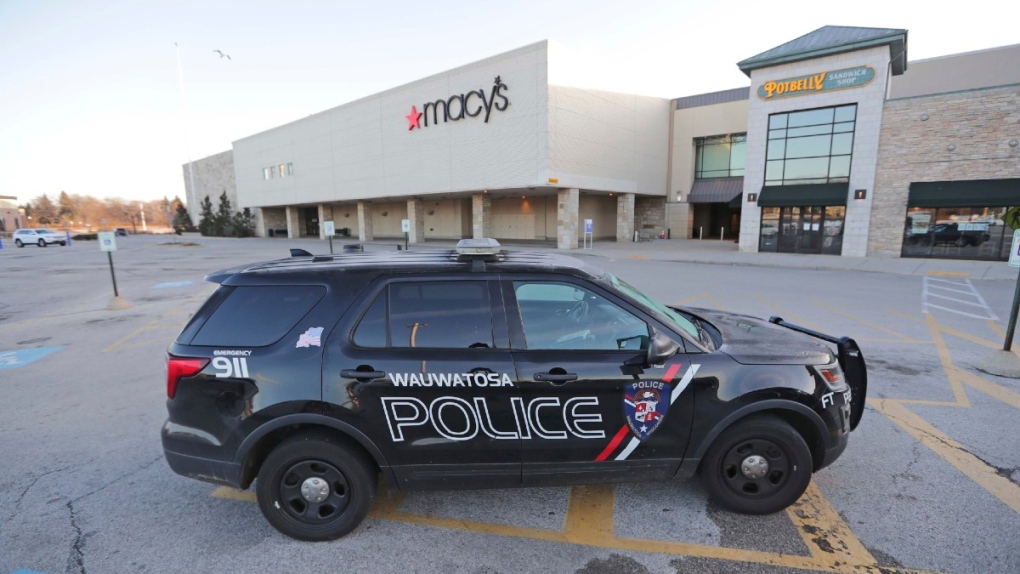 A Wauwatosa police vehicle sits outside Macy's near the entrance to Mayfair Mall in Wauwatosa, Wis., on Nov. 21, 2020. (Mike De Sisti / Milwaukee Journal-Sentinel via AP)

WAUWATOSA, WIS. -- A 15-year-old boy faces multiple charges in a shooting at a Wisconsin mall that left eight people injured, and he has been ordered held in secure juvenile detention rather than being released to his parents.

Court Commissioner J.C. Moore on Tuesday denied a defence request to allow the teen to be released to house arrest with GPS monitoring, saying Friday's shooting at the Mayfair Mall in the Milwaukee suburb of Wauwatosa was "an incredibly dangerous series of events."

"This was a shooting in a crowded mall a week before the start of the holiday shopping season. Eight people were shot because of some altercation" the teen was allegedly involved in, Moore said. "I can't imagine a more dangerous set of circumstances."

No one was killed in the shooting.

In a petition for juvenile delinquency, the teen faces eight felony counts of first-degree reckless injury, and one misdemeanour count of possessing a firearm while under 18, the Milwaukee Journal Sentinel reported. The Associated Press is not naming the teen because he is charged as a juvenile.

His attorney, Assistant Public Defender Paul Rifelj, said the petition contains "a small sliver, the smallest iota or fraction" of the evidence in the case.

According to the petition, the teen and a friend were in the mall Friday when the friend confronted a group of people descending an escalator, yelling then punching one person in the group. Witnesses told police the teen was farther back and "took a shooter's stance." He began firing with a handgun drawn from his waistband, the petition says.

The teen fled and was arrested Sunday in a car with Illinois plates, with a packed bag and the handgun police said was used in the shooting, the petition says. Police have said two others were also arrested but have not described their roles in the shooting.