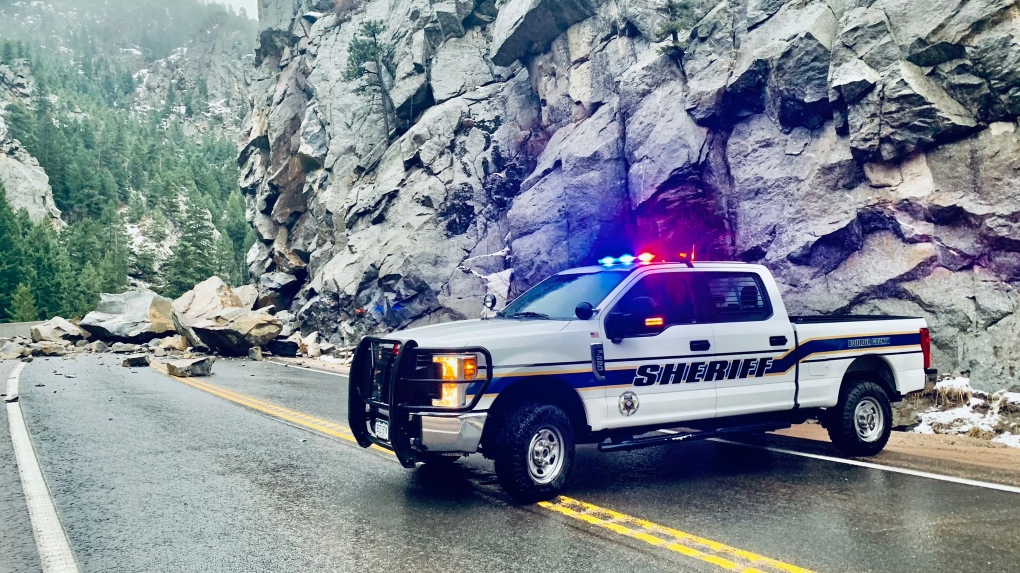 TORONTO -- Boulders blocked a portion of Boulder Canyon road near Boulder, Colorado, according to the Boulder County Sheriff’s office who boasted about the event on social media.

Officials said the rockslide happened just after 7 p.m. Tuesday evening and the road would remain closed for several days.

Photos showed car-sized, umm, boulders blocking the two-lane roadway. Officials said the closure effects a 25-kilometre stretch of road between Boulder to the top of the canyon in Nederland.

“The closure of Boulder Canyon will likely last several days as crews work to remove the boulders that need to be blasted and hauled away,” the sheriff’s office said. “They also need to repair road damage caused by the slide.”

No injuries were reported as a result of the rockslide.

Boulder Canyon is closed from the base in Boulder to the top of the canyon in Nederland due to a large rockslide near mile marker 33. This will be a prolonged closure due to the amount and size of the debris on the road that needs to be cleared. Please use alternate routes. pic.twitter.com/74Q9eKFcO3