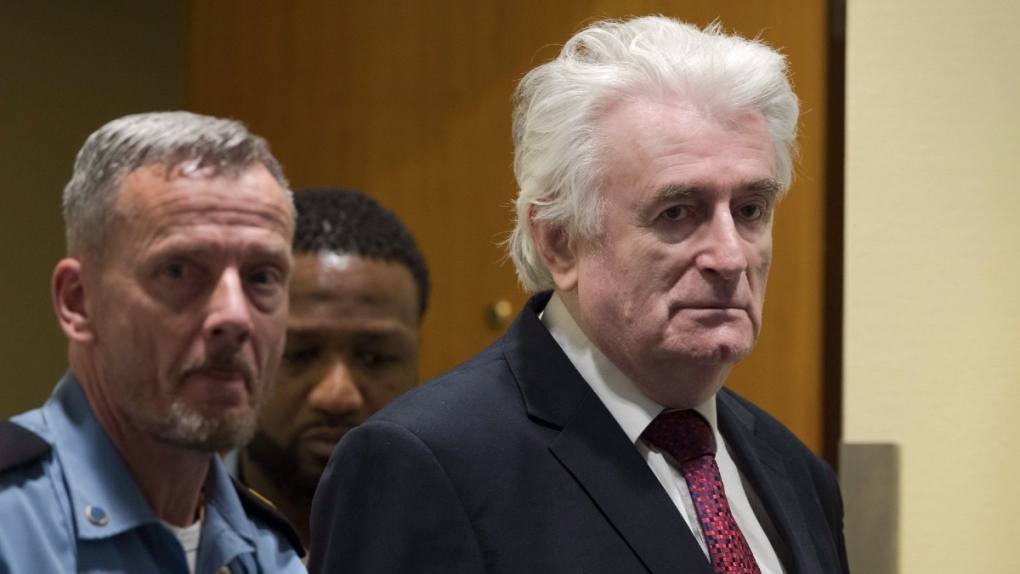 Karadzic, one of the chief architects of the slaughter and devastation of Bosnia's 1992-95 war, was convicted by a United Nations court in 2016 of genocide, crimes against humanity and war crimes. He was sentenced to 40 years in prison, later increased to life by appeals judges at the court in The Hague.

He is currently in the court's detention unit but will be moved to an unspecified U.K. prison.

British Foreign Secretary Dominic Raab said Karadzic "was responsible for the massacre of men, women and children at the Srebrenica genocide and helped prosecute the siege of Sarajevo with its remorseless attacks on civilians."

"We should take pride in the fact that, from U.K. support to secure his arrest, to the prison cell he now faces, Britain has supported the 30-year pursuit of justice for these heinous crimes," Raab said.

The conflict in Bosnia was Europe's bloodiest since the Second World War, leaving 100,000 dead and millions homeless.

The International Criminal Tribunal for the Former Yugoslavia in The Hague convicted scores of people involved in the Balkan conflicts of the 1990s, with the inmates sent to several European countries to serve their sentences.