Bolsonaro, others shun masks at U.S. July 4 celebration in Brazil 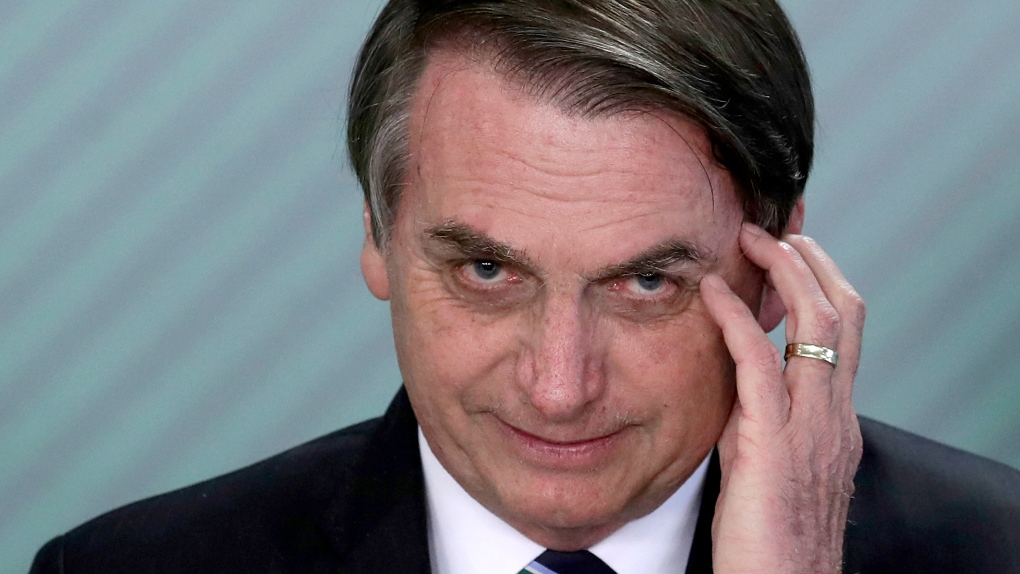 BRASILIA, BRAZIL -- Brazilian President Jair Bolsonaro attended a U.S. Independence Day celebration in Brazil's capital Saturday at which participants declined to wear face masks, one day after he vetoed obligatory use of masks in private settings.

Bolsonaro shared photos on social media of himself, four Cabinet ministers, other top aides and U.S. Ambassador Todd Chapman, none of whom were wearing masks despite being in close quarters.

Health experts recommend social distancing and wearing masks to reduce the spread of the new coronavirus. Bolsonaro on Friday vetoed clauses of new legislation that would have required Brazilians to wear masks at churches, schools, shops, factories and private gatherings, but approved their obligatory use on the street and public transport.

An outspoken admirer of U.S. President Donald Trump, Bolsonaro has made tighter relations with the U.S. the cornerstone of his foreign policy since assuming office Jan. 1, 2019. He attended the U.S. Embassy's Fourth of July celebration last year, breaking with the custom of Brazilian presidents avoiding visits to foreign embassies in the capital, Brasilia.

On Twitter, Bolsonaro sent his well-wishes on the U.S. holiday: "I also want to greet my friend @realDonaldTrump for the courageous speech he delivered yesterday. Those were the words of a great statesman. May the legacy and the values of the Founders of this great nation endure and be kept from the evil intentions of radicals."

Bolsonaro's downplaying of the coronavirus outbreak and his rejection of local restrictions to curb spreading the virus became part of a heated, politicized debate. He took part in street demonstrations after the federal Health Ministry issued recommendations for social distancing and also repeatedly appeared in public without a mask.

Brazil, the world's sixth most populous nation, with more than 210 million people, is one of the global hot spots of the pandemic. There have been more than 1.5 million confirmed cases and 64,265 deaths, according to Health Ministry data. Both are thought to be undercounts due to insufficient testing.

In light of the pandemic, the U.S. Embassy cancelled its customary July 4th celebration in Brasilia this year and instead broadcast a ceremony online. In response to a request for comment about why Bolsonaro, the ambassador and others weren't wearing masks, the embassy said in an emailed statement that the meeting was private.

Bolsonaro's visit with Trump at Mar-a-Lago in March set off alarm bells once multiple members of the Brazilian delegation were diagnosed with coronavirus infections, including one who was photographed alongside Trump.