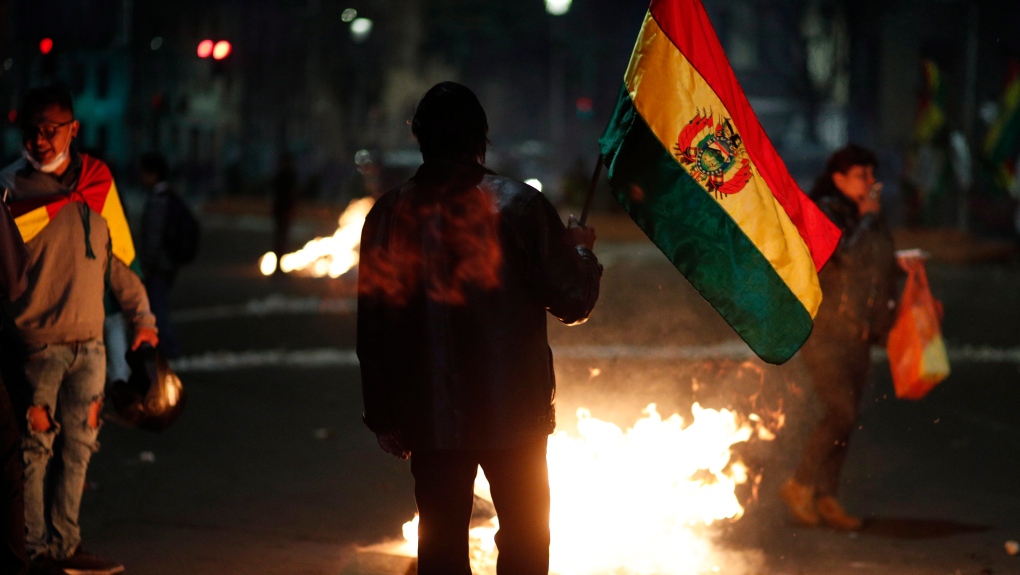 Violence has escalated since Morales was declared the winner of the Oct. 20 vote amid delays in the vote count. The opposition alleges the outcome was rigged to give Morales enough of a majority to avoid a runoff election; the president denies any irregularities.

Protests erupted as the dispute intensified, injuring dozens of people and blocking some roads.

Health officials in Santa Cruz province said two people were fatally shot at around midnight Wednesday in the town of Montero, near the eastern city of Santa Cruz, an opposition stronghold. The government of Morales blamed the opposition led by former president Carlos Mesa.

Late Thursday, young protesters clashed with police near the government palace in La Paz. Police tried to disperse the protesters with tear gas.

Suspicions of electoral fraud rose when officials abruptly stopped releasing results from the quick count of votes hours after polls closed. At that point, Morales was topping the eight other candidates, but also falling short of the percentage needed to avoid the first runoff in his nearly 14 years in power.

Morales says he won outright and has accused opponents of trying to overthrow Bolivia's rightful government.

The Organization of American States sent a team to Bolivia to begin an election audit Thursday, and results are expected in 10-12 days. Mesa, however, rejects the audit, saying it is a deal between the OAS and Morales that excludes the opposition.

Morales was elected in 2006 as Bolivia's first indigenous president. In previous elections, he coasted to victory, following a decade of a commodities-fed economic boom. But he has faced growing dissatisfaction, especially over his refusal to accept the results of a 2016 referendum to keep limits on presidential terms.