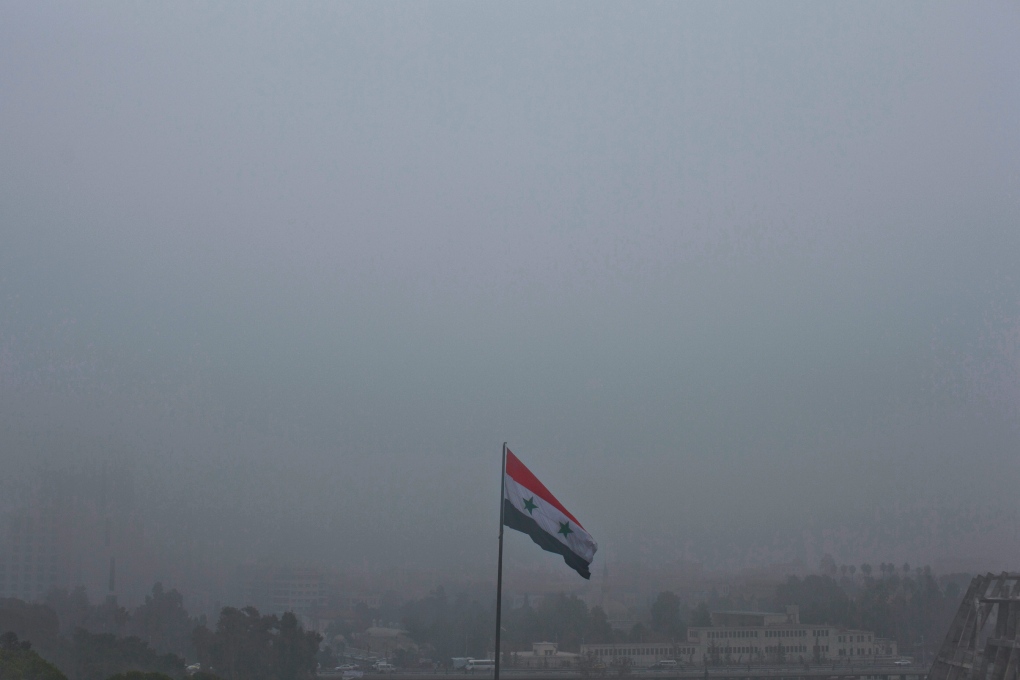 A Syrian national flag waves as heavy fog envelops the capital city of Damascus, Syria, Wednesday, Feb. 24, 2016. A top military official says Russia has halted all airstrikes in areas of Syria where armed groups, including government forces, said they would abide by a cease-fire. (AP Photo/Hassan Ammar)

The state-run Anadolu Agency said the bomb in a fuel truck exploded in Afrin, igniting a fire and causing considerable damage to the surrounding area. Syrian first responders, known as the White Helmets, said at least nine people were killed in the explosion, which occurred in a residential area, and 35 were wounded.

The Britain-based Syrian Observatory for Human Rights put the death toll at 11 and said it was likely to rise because some of the injuries were serious. The Observatory said the blast occurred near a checkpoint at the entrance to the town where vehicles were lined up.

Turkey supports the Syrian opposition in the war against President Bashar Assad but has joined with Russia to secure and monitor local cease-fires. Turkish troops have also crossed into Syria in recent years to battle Kurdish fighters and Islamic State group militants operating along the border, setting up bases in the area.

The civil war that has raged for eight years has killed more than 450,000 people and uprooted more than half of Syria's population. The Syrian government has regained control of more than 60 per cent of the territory once in the hands of armed groups and militants.

In northwestern Syria, where the rebels have their last stronghold and where nearly 3 million civilians live, government forces have been pushing their way in to at least restore their access to a strategic highway in the area. Despite a Turkey and Russia-backed cease-fire, fighting has raged since late April, displacing hundreds of thousands and killing hundreds.

On Thursday, the White Helmets said at least five people were killed in air raids on residential areas in the town of Jisr al-Shughur, southwest of Idlib. The Observatory put the death toll at three, with eight injured. The Observatory also reported that clashes between government forces and rebel fighters raged in the southern edge of the enclave, killing dozens from both sides.

The government troops are fighting to regain control of a village they lost to the rebels earlier this week.