Black Lives Matter protests have not led to a spike in coronavirus cases, research says 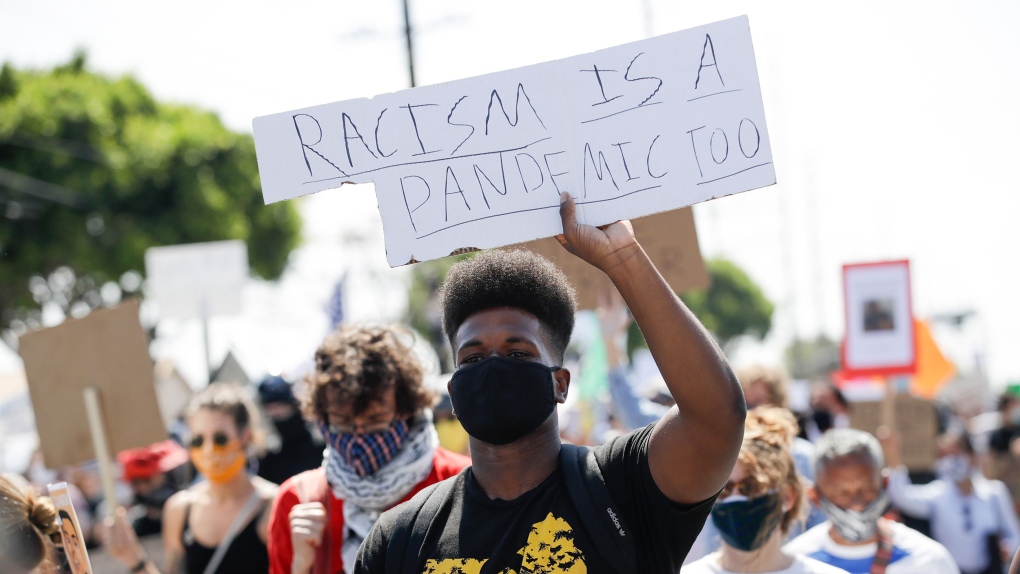 Despite warnings from public health officials, new research suggests Black Lives Matter protests across the country have not led to a jump in coronavirus cases.

A new study, published this month by the National Bureau of Economic Research, used data on protests from more than 300 of the largest U.S. cities, and found no evidence that coronavirus cases grew in the weeks following the beginning of the protests.

"Our findings suggest that any direct decrease in social distancing among the subset of the population participating in the protests is more than offset by increasing social distancing behaviour among others who may choose to shelter-at-home and circumvent public places while the protests are underway," the report reads.

It's still possible that protests may have caused an increase in the spread of the virus among those who attended protests, according to the report.

Researchers also noted that the effect of protests on social distancing and stay-at-home orders may fade as the violence and scope of protests decline. As the protests begin to lessen or become less intense, non-protesters will feel safer leaving their homes.

"There are other possible explanations for our findings as well, such as avoiding travel outside the home due to additional traffic congestion or street closures, or due to lack of available activities from businesses closures near protest sites," the study reads.

CORONAVIRUS CONTINUES TO SPREAD IN THE US

The study comes as new data shows that more and more young people are testing positive for coronavirus, particularly in states that have opened back up.

On Monday, Florida surpassed 100,000 total coronavirus cases, according to the the Florida Department of Health.

In California, more than 35% of confirmed cases have been recorded in just the past two weeks, Gov. Gavin Newsom said in a news conference Monday.

In Texas, people under 30 make up a majority of new coronavirus cases in several counties, said Gov. Greg Abbott last week. That increase in young infected people could be related to Memorial Day parties, visits to bars or other gatherings, he said.

Unlike Europe and Asia, the U.S. has not been able to control the pandemic -- as cases continue to surge amid debates over wearing face masks and the need for social distancing.