Bethlehem's Church of the Nativity no longer in danger, UN says 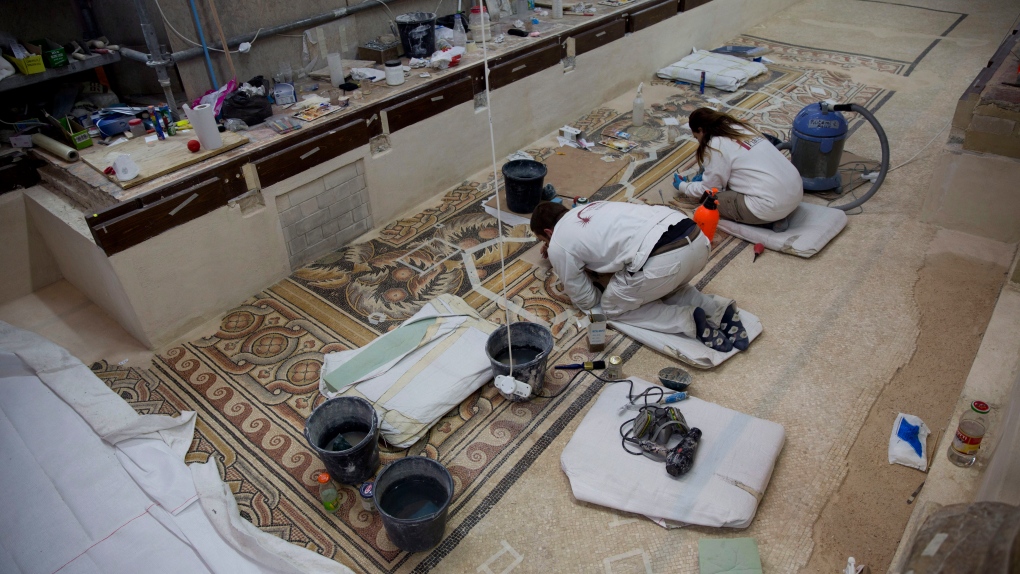 In this Thursday, Dec. 6, 2018 photo, restoration experts work on a mosaic inside the Church of the Nativity, built atop the site where Christians believe Jesus Christ was born, in the West Bank City of Bethlehem. (AP Photo/Majdi Mohammed)

PARIS -- The UN cultural agency says Bethlehem's Church of the Nativity is no longer considered an endangered world heritage site thanks to extensive restoration work at the church celebrated for marking the birthplace of Jesus.

UNESCO's World Heritage Committee decided Tuesday to remove the church and nearby pilgrimage route from its list of significant places under threat because of the "high quality of work" on its leaky roof, broken windows, damaged columns and grime-covered mosaics.

One of Christianity's most sacred shrines, the church was built in the 4th century over a cave where the Virgin Mary is said to have given birth. The Holy Land site also includes several other churches.

The Palestinian Authority launched the renovation after UNESCO put the site on the endangered list in 2012. Bethlehem hopes the renovation will boost tourism and a weak economy in the Israeli-occupied West Bank.