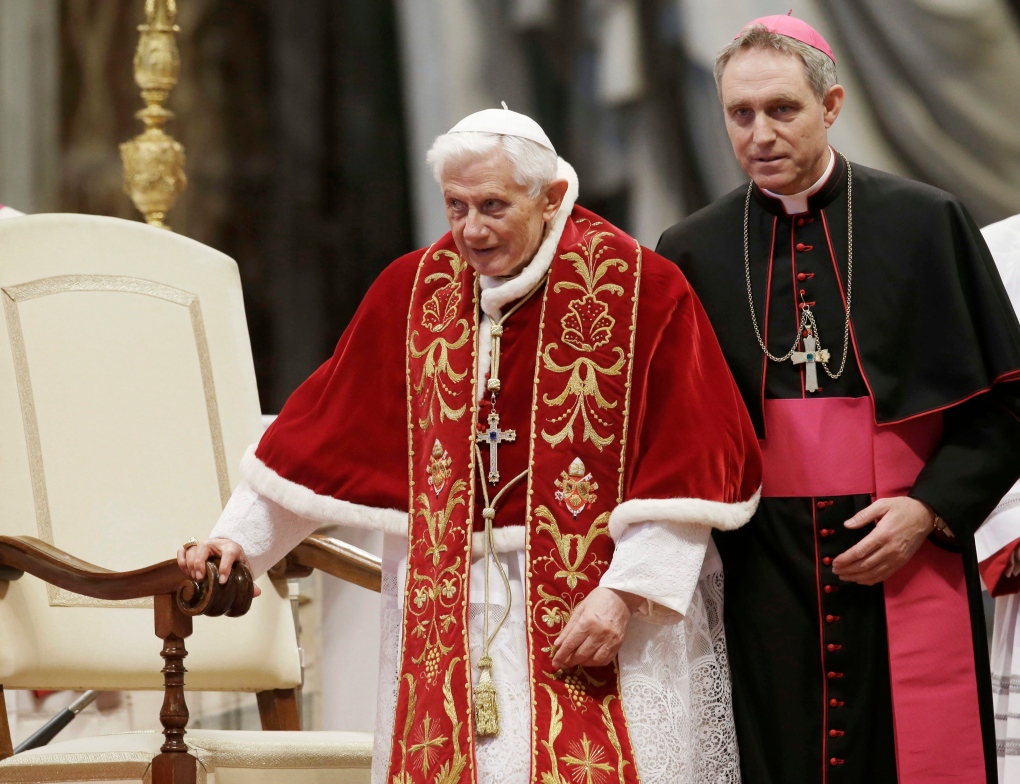 This Feb. 9, 2013 file photo shows Pope Benedict XVI flanked by personal secretary Archbishop Georg Gaenswein during a Mass to mark the 900th anniversary of the Order of the Knights of Malta in St. Peter's Basilica at the Vatican. (AP /Gregorio Borgia)

ROME - The personal aide to the emeritus pontiff, Benedict XVI, says the increasingly frail pope had hoped to stay in the papacy until 2014 but resigned a year earlier because of soccer's World Cup.

At that time, Catholic World Youth Day gatherings were held every three years, and by that timetable Brazil would have hosted the event in 2014. But because Brazil was also due to host the World Cup in 2014, the Catholic youth jamboree was moved up to 2013, and Gaenswein said Benedict realized he wouldn't be able to fly to Brazil.

So Benedict, now living in a Vatican convent, resigned in February 2013.