Benedict returns to new home at the Vatican, meets his successor 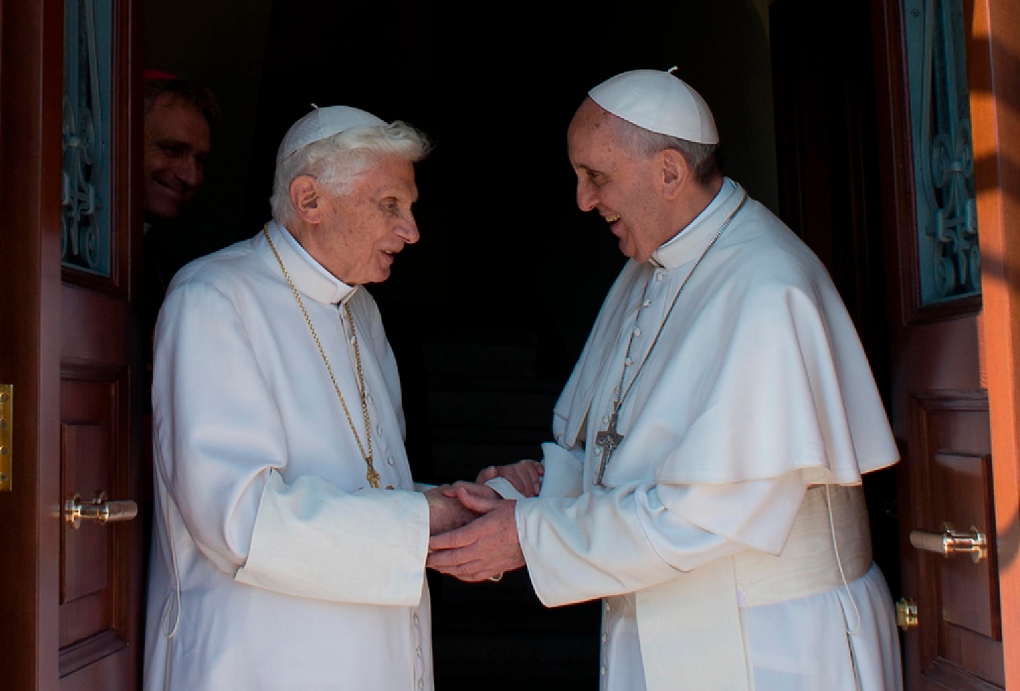 Pope emeritus Benedict XVI, left, is welcomed by Pope Francis as he returns at the Vatican from the pontifical summer residence of Castel Gandolfo, 35 km South-East of Rome, Thursday, May 2, 2013. (AP Photo / Osservatore Romano)

VATICAN CITY -- Benedict XVI has returned to the Vatican for the first time since he resigned Feb. 28 and met with successor Pope Francis.

The Vatican said Francis greeted Benedict on Thursday at his new retirement home, a converted monastery on the edge of the Vatican gardens, and the two then prayed together in the adjoining chapel.

Benedict's return to the Vatican signals an unprecedented era with a retired pontiff living alongside a reigning one.

It is the second meeting between the two since Francis was elected pope March 13.

Emeritus Pope Benedict XVI flew by helicopter from the papal residence in Castel Gandolfo, where he has lived since Feb. 28, when he became the first pope in 600 years to step down.