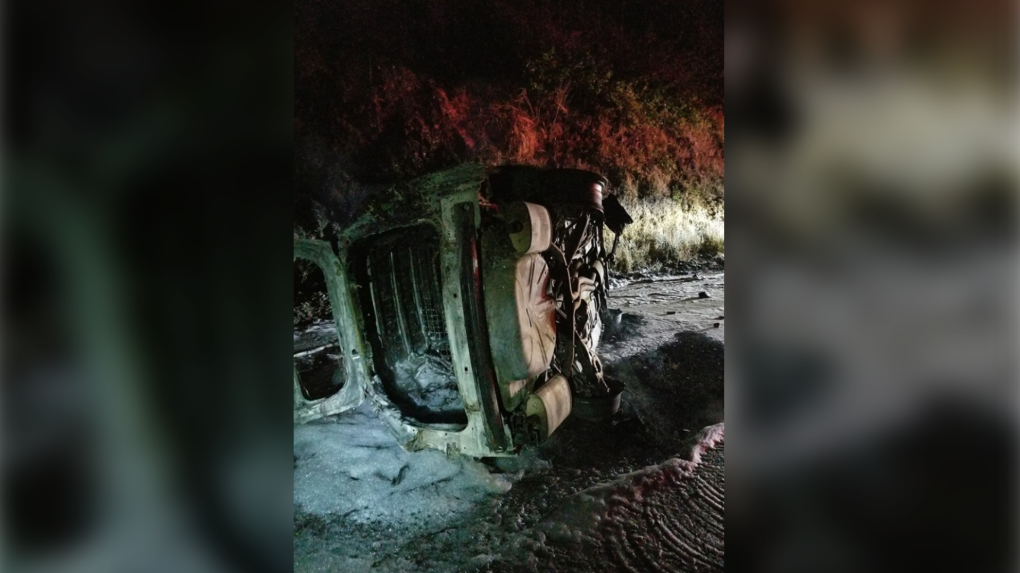 An image of the burnt-out wreck of the Humboldt County Sheriff's Department's vehicle, posted on the California Department of Transportation Facebook page August 7, 2019. (/Rod Mendes/Hoopa Fire Department and Office of Emergency Services/Facebook)

A Humboldt County sheriff’s deputy in California had an unfortunate run in with a bear while responding to a suspected overdose call, resulting in a fiery crash on the side of the highway.

The California Department of Transportation posted on Facebook about the Aug. 3 incident, saying the “patrol vehicle was struck by a falling bear” on Highway 96.

“The vehicle caught fire after striking an embankment and the deputy escaped the vehicle without serious injury,” the post says, adding that the bear “also fled the scene.”

Fire crews responded to extinguish the wreck and the surrounding brush, which had ignited from the car fire according to ABC News affiliate KRCR News.