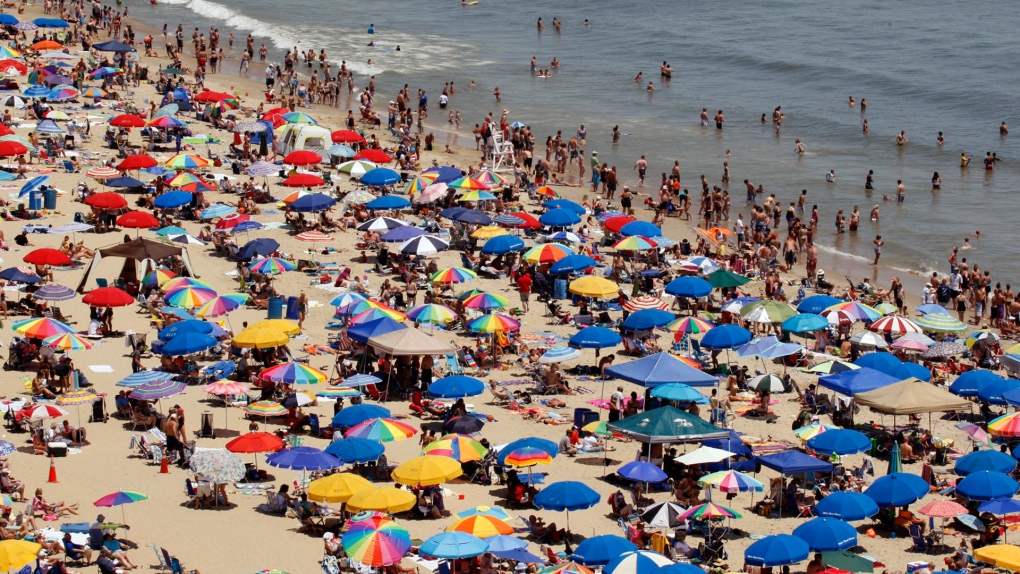 OCEAN CITY, Md. - Officials in a Maryland resort town say a woman was gored in the chest by a wind-blown beach umbrella.

He says lifeguards and other beachgoers held the umbrella steady until firefighters cut off the wooden pole. They left a piece of the pole in her chest to avoid causing more damage. She was flown on a Maryland State Police helicopter to a nearby hospital so that doctors could perform X-rays to determine the best way to remove it. He said the injury was not expected to be life-threatening.

Last week, another woman was impaled in the ankle by a wind-driven beach umbrella on the New Jersey shore.