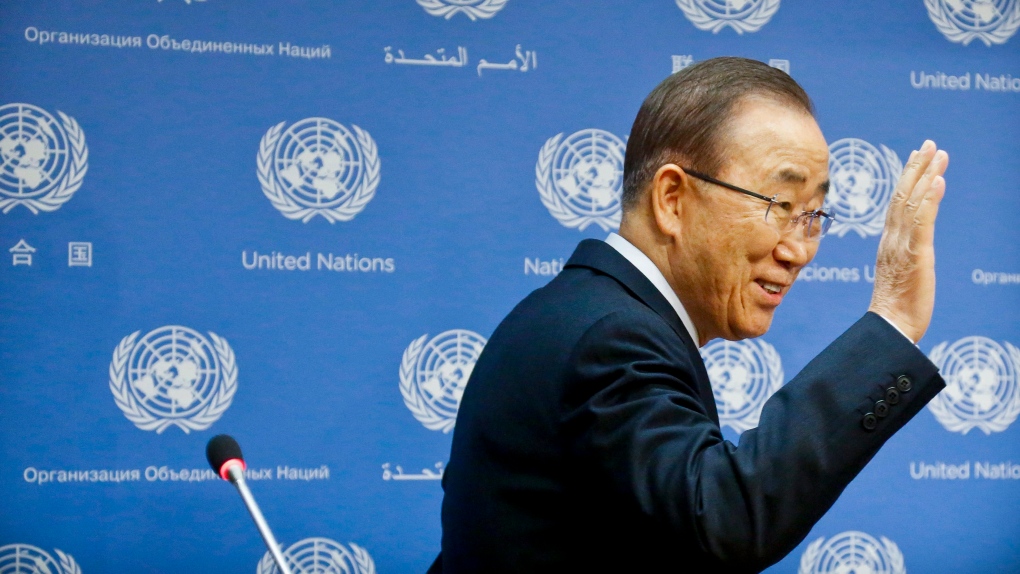 Secretary-General Ban Ki-moon addressed mounting speculation that he will run for president of South Korea on Friday, saying he will decide how to best help his country when he returns home in early January after 10 years as UN chief.

Ban told his final UN press conference that after taking some rest he plans to meet "as many people as possible," including political leaders, members of civil society and his friends.

"I will really consider seriously how best and what I should and I could do for my country," he said.

"I can understand and share the anxiety of people about the future of their country," he said. "And this is one of the biggest challenges the Korean people are encountering."

Ban said the people of South Korea don't want to lose their hard-earned democracy and economic development that has transformed the country from a recipient of aid to a global donor. This is a source of pride and South Korea has been an example for other nations, he added.

"I also understand the aspiration of people for a new type of inclusive leadership that can help them overcome the challenges ahead," Ban said.

He cited many issues, including reconciling differences in thinking, in income and on "regionalism" as well as tackling social integration.

"At the same time, while all these seem to present great challenges for Koreans and (the) Korean government, I'm confident that the Korean people, with their resilience and very matured democratic institutions ... will be able to overcome these difficulties soon," Ban said.

Conservatives in South Korea appear to be pinning their hopes on the outgoing UN chief becoming a candidate for president after Park's scandal complicated politics for her conservative Saenuri Party.

In a presidential poll conducted last week by Gallup Korea, Ban and former Democratic Party leader Moon Jae-in were tied at 20 per cent with Park critic Lee Jae-myung, the mayor of a satellite city of Seoul, surging to 18 per cent.

South Korea's next presidential election is scheduled to be held in December 2017, but if Park's impeachment is upheld by the constitutional Court, a new vote would take place in 60 days.

Ban spoke about another major issue for his country -- North Korea -- when he was asked about prospects for northeast Asia.

He recalled that many people have said the 21st century will be "an era of Asia-Pacific," and northeast Asia has been seen as the powerhouse of economic growth in the region.

"That means China and Japan, (South) Korea -- and these are very important drivers and have been commended, even envied ... by many countries around the world for their dynamic growth," Ban said.

He expressed concern that relations among and between northeast Asian countries, and more broadly in Asia, haven't been smooth recently.

Ban singled out "the very serious security concerns" caused by North Korea's nuclear and ballistic missile programs and the country's continued defiance of UN resolutions demanding an end to its nuclear and missile tests.

Tensions on the Korean peninsula also have implications in northeast Asia, Ban said.

He said there have been differences involving China, Japan, South Korea, the United States and Russia on how to address the North Korean nuclear issue.

"I sincerely hope that with all this continuing security instability and political disharmonies among these countries, the leaders of northeast Asia will continue to meet together and try to narrow down their differences of opinions, and particularly in addressing North Korean nuclear issues," he said.

Ban again urged North Korea to return to "the international community and abide by ... international norms," including UN resolutions that call for a resumption of talks leading to the peaceful and verifiable denuclearization of the Korean Peninsula.