Back to jail for Italian mobsters sent home over virus fears 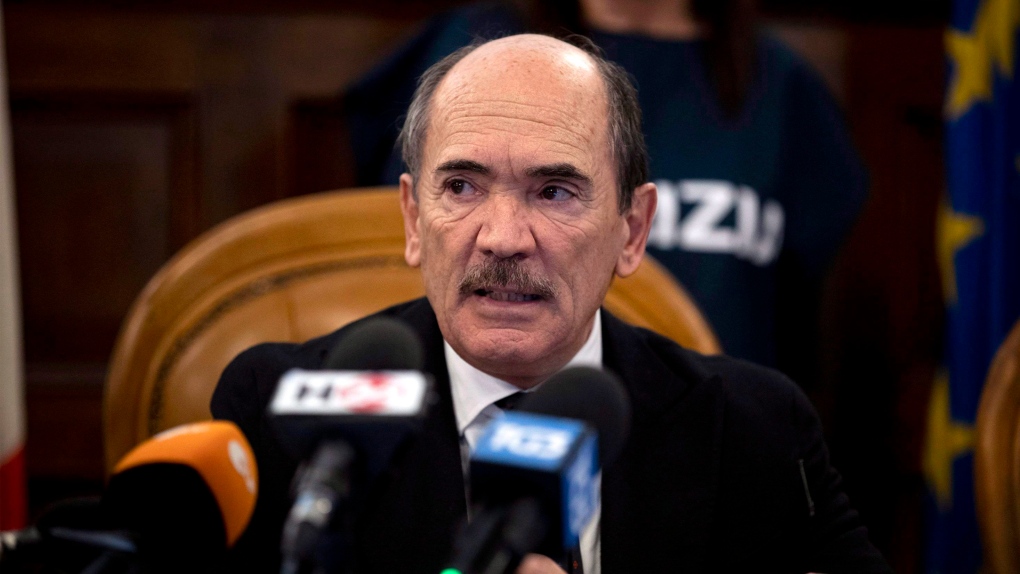 ROME -- Italian convicted mobsters who had been temporarily transferred from prison to house arrest for fear of coronavirus contagion are being brought back behind bars, the country's justice minister said Thursday, after their treatment was criticized as unduly lenient.

Alfonso Bonafede came under fire for several weeks after more than 370 convicted mobsters and drug traffickers successfully argued they needed to be temporarily released to avoid becoming infected with the new coronavirus in prison.

Corriere della Sera daily on Thursday reported that one of the first inmates returned to prison was a convicted Cosa Nostra boss, Antonio Sacco. He was one of a handful of top Mafiosi who won temporary release despite being incarcerated in a cell on his own under strict prison rules for mobsters, which also include extremely limited occasions to mingle with other inmates.

Responding to questions on Thursday from members of Chamber of Deputies' Justice Commission, Bonafede confirmed that mobsters were being ordered back to prison. "The (administrative) machinery has started to review the health situation of those who asked to get out" of prison on grounds they were at risk of catching COVID-19, the minister said.

Last month, opposition lawmakers demanded that the justice minister explain to lawmakers how a convicted organized crime boss was granted house arrest due to the COVID-19 outbreak.

Pasquale Zagaria had been receiving cancer treatment at a hospital ward for prisoners on the island of Sardinia. But after the ward was converted to care for inmates with coronavirus infections, cancer treatment was no longer available there and so he was transferred to temporary house arrest.

No proof smokers protected against COVID-19: epidemiologist explains how studies get misinterpreted

The Canada-U.S. border could be closed for another month

'Ready to reopen': How Tim Hortons is preparing to reinstate its seating areas

'Tragedy for all of us': Ontario nurse working in long-term care home dies of COVID-19

Coronavirus and the Spanish flu: Comparing two lethal pandemics, separated by a century