AXE condemns U.S. Capitol riots after can of body spray left by mob 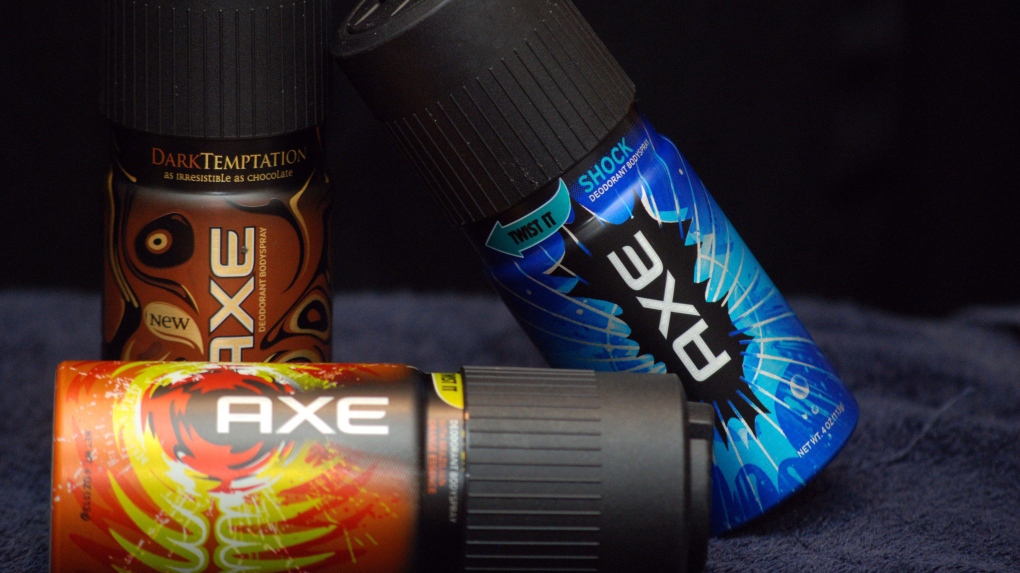 TORONTO -- AXE body spray is distancing themselves from pro-Trump rioters after a can of their well-known body spray was found in the debris left at the U.S. Capitol.

On Jan. 6, a violent mob of U.S. President Donald Trump’s supporters forced its way into the U.S. Capitol, searching for House lawmakers, but when the dust had settled, they didn’t only leave smashed windows, damaged property and abandoned flags behind.

“Left by the mob: a lonely can of Axe body spray,” Washington Post journalist Mike DeBonis tweeted on Jan. 7, accompanied by a photo of the aforementioned body spray lying among some broken wood in the U.S. Capitol.

A response came swiftly from the company itself, decrying the actions of the rioters.

“We'd rather be lonely than with that mob,” the official AXE Twitter responded. “AXE condemns yesterday's acts of violence and hate at the Capitol. We believe in the democratic process and the peaceful transition of power.”

We'd rather be lonely than with that mob. AXE condemns yesterday's acts of violence and hate at the Capitol. We believe in the democratic process and the peaceful transition of power. https://t.co/vX727ZfvS8

Many Twitter users responded positively to the statement, while others expressed how absurd it felt to see the brand behind an antiperspirant weighing in on such a serious topic.

Others pointed out that the brand’s statement condemned the rioters far more clearly than many officials -- including Trump -- had.

“Axe body spray is taking a stronger stance on American democracy than are many Republican members of Congress,” political scientist Miranda Yaver tweeted.

Axe body spray is taking a stronger stance on American democracy than are many Republican members of Congress. https://t.co/N6PIks9dv1

All I want is for the flagship professional political science organization to have the moral clarity God gave the Axe body spray people.

It took Trump longer to condemn the riots than it took Axe body spray https://t.co/N8MWG1wYLX

The mob stormed the U.S. Capitol in support of Trump’s false claims that the U.S. election had been stolen from him, seeking to halt the Congress from certifying President-elect Joe Biden’s win.

Members from numerous far-right hate groups such as the Proud Boys were in attendance at the riot, where five people died, including a woman who was shot by a police officer, and a police officer who was injured by rioters and later passed away.

Trump responded slowly as the riot unfolded, first tweeting for his followers to remain peaceful without calling for them to leave the actual building. Then he released a bizarre video in which he told the mob to go home, but also reiterated his false claims about a stolen election and said rioters were “very special.”