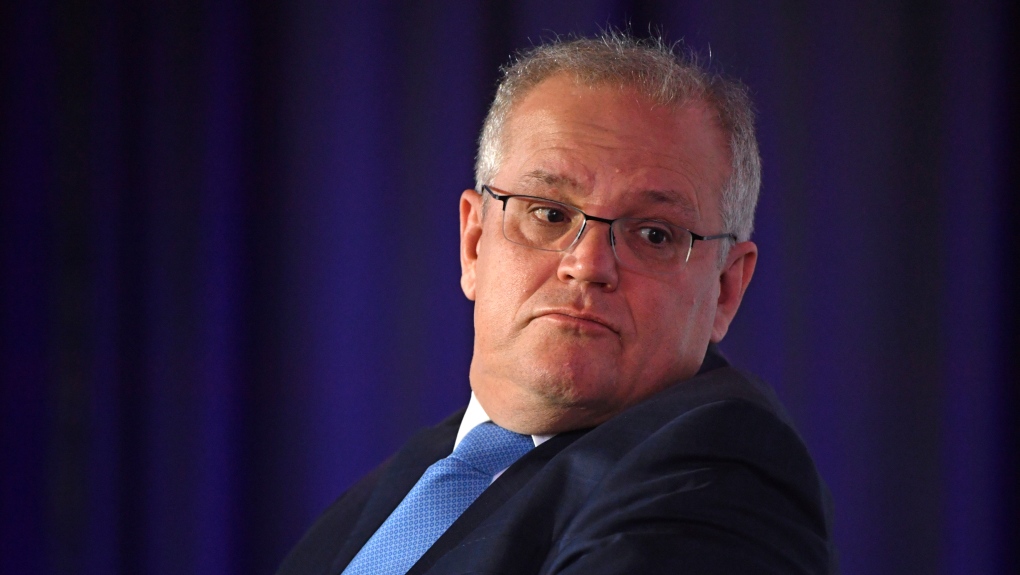 WELLINGTON, NEW ZEALAND -- A diplomatic war of words between Australia and China over a graphic tweet seemed to finally cool on Thursday as Australian Prime Minister Scott Morrison struck a much more conciliatory tone.

Morrison's change in approach came even after he was thwarted in getting his views out directly to Chinese people over the messaging app WeChat, after the Chinese company deleted his post on the grounds it could distort historical events and confuse the public.

Earlier this week, Morrison expressed indignation and anger at the tweet posted by a Chinese official that showed a fake image of a grinning Australian soldier holding a bloodied knife to a child's throat.

The post took aim at alleged unlawful killings and abuses by Australian soldiers during the conflict in Afghanistan.

Earlier this week, Morrison called the tweet "truly repugnant" and "deeply offensive" and demanded an apology from China. But China had not backed down, saying that Australia should be the one examining its actions.

On Thursday, Morrison took a much different approach, telling reporters in Canberra that his aim was for the two countries to have a "happy coexistence."

"My position and my government's position is to seek constructive engagement," Morrison said. "The relationship with China is a mutually beneficial one. It supports both our countries, it is good for both of our countries."

Morrison said Australia had made its views very clear on both the tweet and the WeChat message.

WeChat is ubiquitous in China and is used for everything from getting news to making electronic payments. The company is held responsible for ensuring content doesn't attract negative attention, and censorship is relatively common.

"What the prime minister did in his WeChat message before it was disappointingly deleted was he made it very clear Australia is proud of its service men and women who wear the uniform," Frydenberg said.

The rift between the two nations has grown since the Australian government called for an independent inquiry into the origins of the coronavirus pandemic. China has since imposed tariffs and other restrictions on a number of Australian exports.