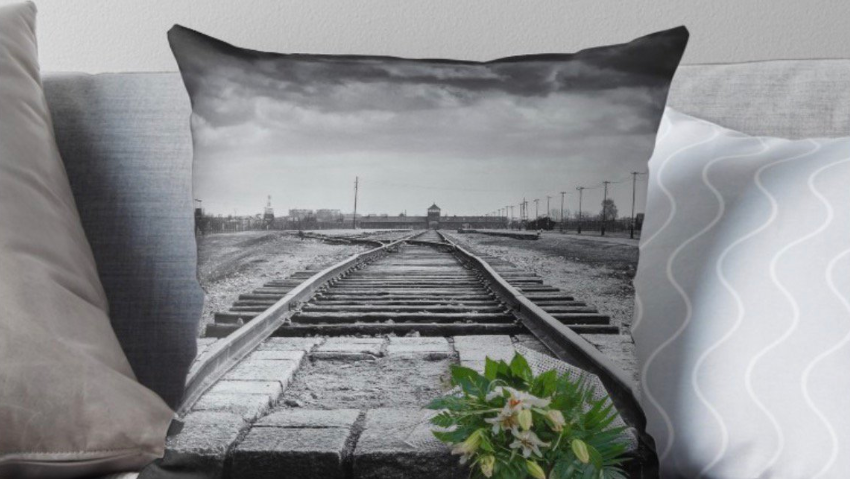 The Auschwitz Memorial in Poland has publicly condemned online marketplace Redbubble for allowing products featuring images of the concentration camp to be sold on the website.

In a tweet issued Tuesday, the Auschwitz Memorial shared screenshots of Redbubble products, including pillows and miniskirts, featuring images of the infamous former Nazi concentration camp.

“Do you really think that selling such products as pillows, miniskirts or tote bags with the images of Auschwitz—a place of enormous human tragedy where over 1.1 million people were murdered—is acceptable,” read the tweet.

“This is rather disturbing and disrespectful.”

At the time of publishing, the tweet had been shared over 1,200 times.

Redbubble is a global online marketplace for print-on-demand products that relies on user-based artwork for its products. Users are able to submit their own designs and post them to the site’s marketplace.

On Tuesday afternoon, a search for the term “Auschwitz” on Redbubble’s website revealed over 200 results. The products ranged from T-shirts featuring images of Anne Frank, to posters featuring pictures of the concentration camps, including chimney stacks.

Some of the products were advertised as “Holocaust Remembrance Day” memorabilia.

In a statement to CTVNews.ca, a Redbubble spokesperson said the company has robust guidelines and policies in place to prevent inappropriate content from being posted to the site, along with a dedicated team who specializes in proactively reviewing and removing content that does not meet its policies.

“Redbubble takes a strong stance against racism and violence, including the atrocities committed in Nazi concentration camps. We have onsite reporting functions in place should community members discover works that breach these guidelines that have not yet been removed by our team. We are grateful when any such material on the site is brought to our attention,” a spokesperson said via email.

“We have taken immediate action to remove these works identified by The Auschwitz Memorial and are continuously working to ensure we keep offending content of this nature off of Redbubble.”

The company also issued a public response to the Auschwitz Memorial’s tweet.

According to the company’s community and content guidelines, work that “glorifies or trivializes violence” is not permitted on the site. The guidelines also specifically mention the Holocaust, noting, “Works that deal with catastrophic events such as genocides or holocausts need to be sensitively handled. Works that have the potential to cause the victims serious distress may be removed.”

.@redbubble Do you really think that selling such products as pillows, mini skirts or tote bags with the images of Auschwitz - a place of enormous human tragedy where over 1,1 million people were murdered - is acceptable? This is rather disturbing and disrespectful. pic.twitter.com/cdPvZGMXC6