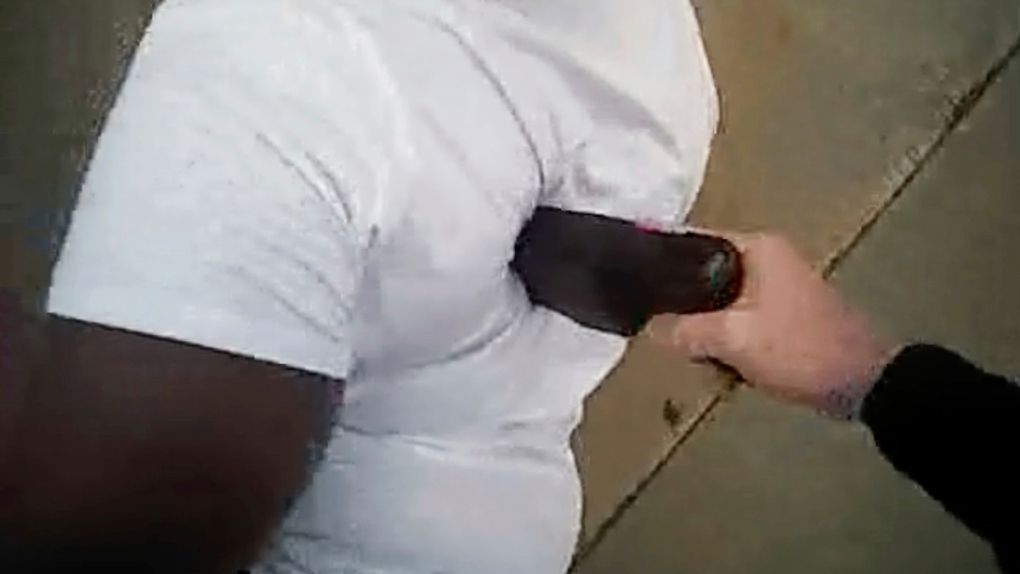 DALLAS -- Bodycam footage from a white Fort Worth police officer who was suspended for wrestling a black woman and her daughter to the ground appears to show the officer using his foot to push the 15-year-old girl into a police car.

The footage was provided to The Associated Press on Thursday from attorneys representing Jacqueline Craig, who had called police last month to report that a neighbour choked her 7-year-old son for allegedly littering in his yard. One of her daughters videoed the interactions between Craig and Officer William Martin, and posted it online. The neighbour was not charged in the incident.

The Fort Worth Police Department has denied media requests to release Martin's bodycam footage, and a department spokesman didn't immediately return a message seeking comment Thursday morning. But the audio of the bodycam video, reviewed by The Associated Press, matches the audio of the Facebook video posted by Craig's family.

The Associated Press doesn't typically identify juveniles accused of crimes, but the family and the teen have spoken out publicly several times since the confrontation.

Craig's attorney, Lee Merritt, said in an email that he had received the bodycam video from a trusted source he declined to identify. Merritt noted that Craig, at the end of the officer's video, can be heard confirming her identity, and he challenged the failure to identify charge.

The attorney has asked the department to drop all of the charges against Craig and her daughters, and to fire Martin.

"Under the laws of the State of Texas, the attorneys for the Craig family are legally entitled to the complete investigative file, records and recordings of this incident and any officers involved. The FWPD have denied and/or delayed several requests from our office in providing this information," Merritt wrote.

The footage also depicts Martin pushing Hymond's arms, which were handcuffed, above her head from behind when she refuses to answer his question. It also shows him making physical contact as he pushes another young female who approaches the police car away from the scene. Those two incidents along with the use of his foot to push the 15-year-old into the police car were cited in a letter from Police Chief Joel Fitzgerald to the city's Civil Service Commission explaining the finding that Martin had used excessive force in the situation and asking for his suspension.

Martin served a 10-day suspension and has since returned to work. He is appealing his suspension with the city's Civil Service Commission. Fitzgerald's report also said Martin violated department policy by failing to thoroughly investigate, neglecting his duty, and being discourteous to the public and conduct prejudicial to good order.

The video also shows Martin's conversation with Craig and one of her daughters after he places them in the back of a patrol vehicle.

"Here's the deal. When somebody's under arrest, if anybody interferes, they go to jail too," Martin told them.

Fitzgerald said earlier this month that Martin violated policy and is sorry for his behaviour. Fitzgerald said he has asked Martin, who will also be required to undergo additional training, to go back into the same community "to repair relationships."

A spokeswoman for the Tarrant County Criminal District Attorney's office has said the office will refer the entire case file --including the allegations against the Craig family, the unnamed neighbour and Martin -- to a grand jury in the next few months to consider charges. Spokeswoman Sam Jordan said the office will not make any recommendations on charges.