At least 75 flee from Paraguay prison; many from Brazil gang 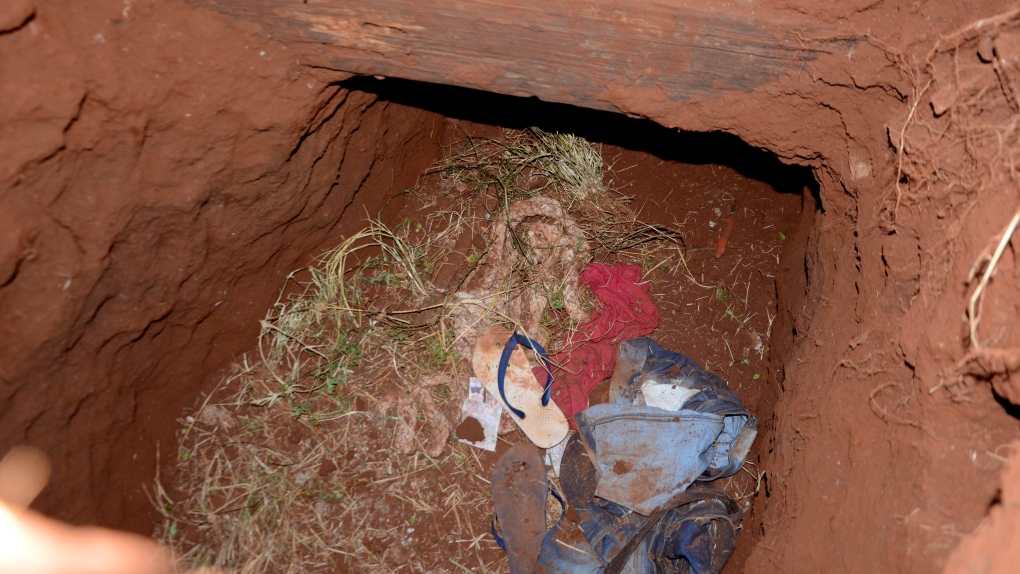 ASUNCION, PARAGUAY -- At least 75 inmates, many of them members of a notorious Brazilian gang, escaped from a Paraguayan prison in a border town on Sunday, according to authorities who said they immediately fired the prison's director.

Officials said they discovered a tunnel and found cells filled with as many as 200 bags of earth.

"It's not possible that nobody saw anything in all this time," Justice Minister Cecilia Perez told the Telefuturo station. "This isn't the work of one day or one night."

Interior Minister Euclides Acevedo said in a statement that the tunnel itself may have been a ruse to cover complicity by prison officials and that many of the inmates may have been allowed to walk out of the prison's main gate.

Acevedo said the majority of the escapees belong to the First Capital Command based in Brazil, which borders the city of Pedro Juan Caballero, where the prison is located. The gang was founded in the 1990s inside a Sao Paulo prison and it has extended its influence throughout the country, becoming one of Brazil's largest criminal organizations.

In Brazil, Justice Minister Sergio Moro said authorities were trying to prevent the escapees from reentering the country. "If they enter Brazil again, they will only get a one-way ticket to federal prison," he tweeted.

Brazilian authorities said 40 of the escapees were Brazilian, and said they had passed their names and photos to border police.

Acevedo said national police had been mobilized to hunt for the escapees.

The prison's director and head of security were fired and Perez said the fight against organized crime isn't only against the Brazilian gang, "but also clearly against all the corruption within our system, which sadly is totally contaminated."