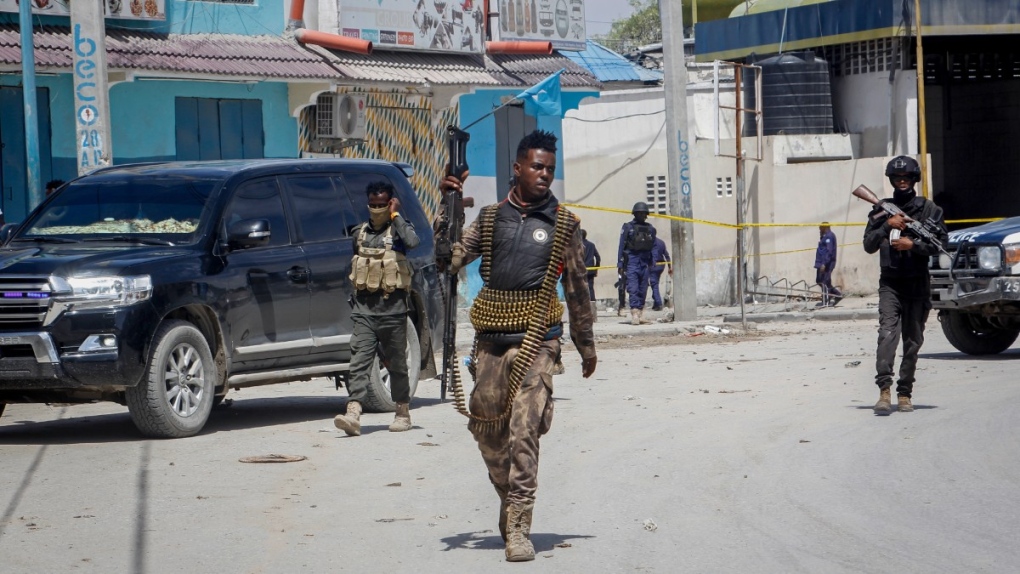 Somali forces on Monday were still trying to flush out armed assailants who attacked a hotel in the capital Mogadishu, killing at least four people, according to residents.

The death toll is likely to rise as there has been no official word of any casualties.

There were reports of sporadic gunfire Monday afternoon, more than 18 hours after the attack on the Villa Rose hotel started. Islamic extremist group al-Shabab claimed responsibility for the attack.

A police spokesman said Sunday that scores of people, including government officials, had been rescued from the hotel.

Mogadishu resident Mohamed Suleyman told the AP that two of his relatives, both civilians, died in the attack. "It's a great sadness to learn that two of my relatives were among those killed in yesterday night's attack," he said. "We were informed by their colleagues who managed to escape the attack after jumping (over the perimeter) wall of the hotel."

Ali Moalim, another Mogadishu resident, said he saw "two bodies of the security forces carried by their fellow soldiers."

Al-Shabab said in a broadcast on its own radio frequency Sunday that its fighters attacked the hotel, which has a restaurant popular with government and security officials. The attack is believed to have started with an explosion before gunmen penetrated the hotel's gates.

The hotel is not far from the presidential palace, Villa Somalia, in one of the most protected parts of central Mogadishu. A successful attack near the seat of the federal government is likely to instill deep fear among residents of the seaside capital that has long been prone to attacks by militants.

Such militant attacks are common in Mogadishu and other parts of the Horn of Africa nation.

The latest attack comes amid a new, high-profile offensive by the Somali government against al-Shabab, which still controls large parts of central and southern Somalia.

Extremist fighters loyal to the group have responded by killing prominent clan leaders in an apparent effort to dissuade support for the government offensive, and attacks on public places frequented by government officials and others persist.

Hotels and restaurants are frequently targeted, as are military bases for government troops and foreign peacekeepers.

Last month at least 120 people were killed in two car bombings at a busy junction in Mogadishu. Al-Shabab carried out that attack, the deadliest since a similar attack at the same spot killed more than 500 people five years ago.

Al-Shabab opposes Somalia's federal government, which is backed by African Union peacekeepers, and seeks to take power and enforce a strict version of Sharia law.

The United States has described al-Shabab as one of al Qaeda's deadliest organizations and targeted it with scores of airstrikes in recent years. Hundreds of U.S. military personnel have returned to the country after former U.S. president Donald Trump withdrew them.

Health Minister Jean-Yves Duclos insists the federal government is going to 'work flexibly' with the provinces on the terms of a possible health-care funding deal and avoid 'micromanaging' how they deliver health care to Canadians.