At least 2 killed, 20 wounded in bombing near Somali capital 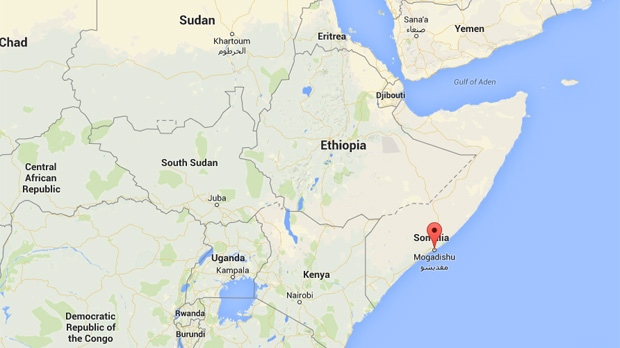 NAIROBI, KENYA -- At least two people were killed and more than 20 others wounded when a suicide car bomber targeted a construction site along a highway outside Somalia's capital, police said Saturday.

Most of the casualties were police officers providing security for the Turkish workers constructing a highway between the capital, Mogadishu, and the agricultural town of Afgoye, 30 kilometres north of the city.

The al-Qaida-linked al-Shabab extremist group, based in Somalia, claimed responsibility for the attack, according to the the group's radio arm, Andalus. Al-Shabab often carries out such attacks in and near Mogadishu.

Turkey has invested heavily in Somalia, with technical and development assistance exceeding $1 billion, according to the Turkish government. Turkish companies run the international airport and seaport in Mogadishu, and in 2016 the Turkish president inaugurated Turkey's largest embassy complex in the world there.