At least 17 killed in road crash explosion in western Ghana 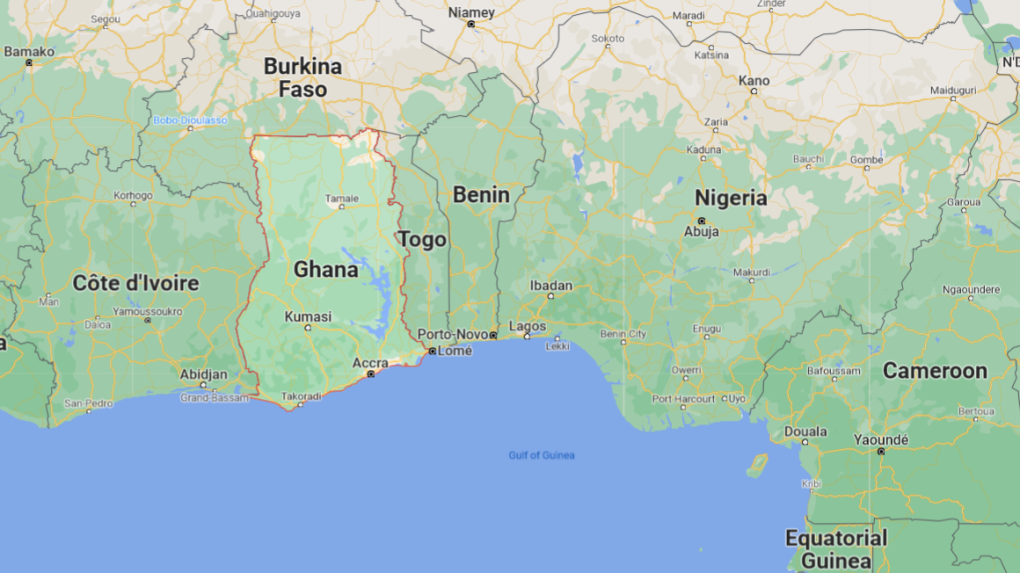 A map of Africa with Ghana highlighted is seen in this file image. (Google Maps)
ACCRA, Ghana -

At least 17 people were killed and dozens more injured when a vehicle carrying mining explosives blew up after colliding with a motorcycle in western Ghana, officials said Friday.

The crash happened Thursday in Apiate, near Bogoso, a mining town in the Prestea-Huni Valley district, the district's municipal chief executive Isaac Dsamani said. The vehicle was carrying explosives to the Chirano gold mine in the Western Region, he said.

"We have sent 57 casualties to nearby health centres," Prosper Baah, acting regional head of the National Ambulance Service, said. Many people were injured as they tried to get to the scene of the accident and were caught in the explosion, he said.

The explosion caused massive damage to the village of Apiate, with a population of about 500, he said. "It is a very sad situation," he said.

Video from the scene circulating on social media shows homes reduced to pieces of wood and a massive crater in the earth where the explosion took place.

"It is a truly sad, unfortunate and tragic incident," Ghanian President Nana Addo Dankwa Akufo-Addo said in a tweet, offering "deep condolences to the families of the deceased, and I wish the injured a speedy recovery."

The National Disaster Management Organization is coordinating efforts to assist residents of the town, he said.

It is a truly sad, unfortunate and tragic incident, and I extend, on behalf of Government, deep condolences to the families of the deceased, and I wish the injured a speedy recovery. 2/4

Government will spare no effort to ensure a rapid return to a situation of normalcy for residents of Apiate. 4/4