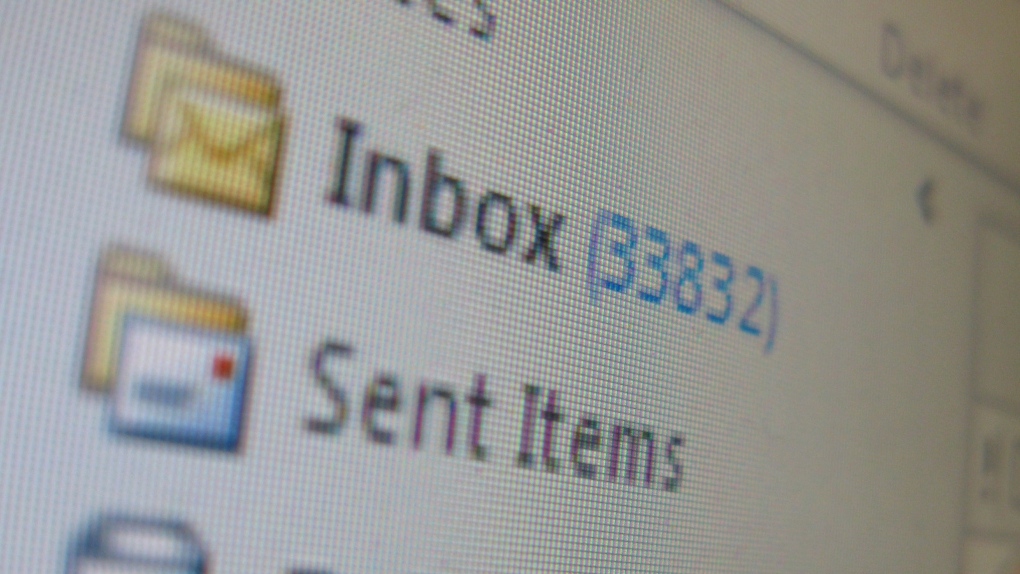 A full computer e-mail program inbox is shown in this 2014 file photo. (THE CANADIAN PRESS)

TULSA, Okla. -- At least 10 men in several states have been charged in a Nigerian romance money laundering scheme that swindled victims out of more than $1.5 million.

U.S. Attorney Trent Shores said during a news conference in Tulsa on Wednesday that many of the victims were seniors, the Tulsa World reported. An Oklahoma resident was among the victims.

"The defendants enriched themselves and their cohorts by preying on vulnerable victims hoping to find love and companionship online," he said.

Shores said FBI agents arrested seven of the defendants, including five who were arrested in Norman, Oklahoma, one who was arrested in Brooklyn, New York and another who was picked up in Long Beach, California.

The other three remain at-large.

Even though most of those targeted were seniors, authorities said anyone could fall victim to the deception.

"Everyone is vulnerable to phone and internet scams. but seeing a romance scam and money laundering conspiracy that resulted in the exploitation of elderly Americans is just shameful," Shores said. "U.S. attorneys across the nation are working diligently to empower victims of fraud to speak out so that online scammers can be brought to justice."

Since 2017, the suspects have concealed the operation's profits by shifting money between several bank accounts that were opened using fake identification papers, the indictment alleges.

"Sadly, experience tells us that these victims will never see their money again," Shores said.

Investigators said the victims and defendants never met in person and only communicated via online platforms.

The scheme followed a pattern in which defendants would pretend to be American citizens and ask the victims for relatively low-cost items such as gift cards and cellphones before asking for larger amounts of money to cover travel or work costs as the online relationships progressed.

But the defendants allegedly used the money to "salvage vehicles and car parts to export them overseas, typically to Nigeria," according to the indictment.

Authorities encouraged any potential victims of such scams to contact the FBI's Internet Complaint Center and to file an official complaint.