At 78 and the oldest president, Biden sees a world changed 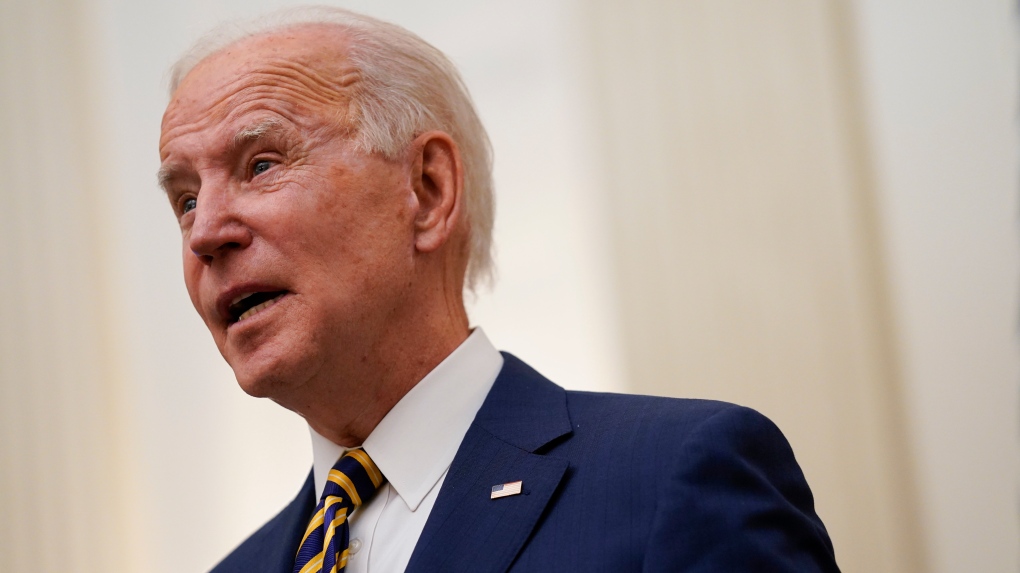 WASHINGTON -- When Joe Biden took the oath of office as the 46th president, he became not only the oldest newly inaugurated U.S. chief executive in history but also the oldest sitting president ever.

Biden was born Nov. 20, 1942, in Scranton, Pennsylvania. He was 78 years, two months and one day old when he was sworn in on Wednesday. That's 78 days older than President Ronald Reagan was when he left office in 1989.

A look at how the country Biden now leads has changed over his lifetime and how his presidency might reflect that.

The U.S. population is approaching 330 million people, dwarfing the 135 million at Biden's birth and nearly 60 per cent greater than when he was first elected to the Senate in 1972. The world population in Biden's lifetime has grown from about 2.3 billion to 7.8 billion.

More striking is the diversity in Biden's America. The descendant of Irish immigrants, Biden was born during a period of relative stagnant immigration after U.S. limitations on new entries in the 1920s, followed by a worldwide depression in the 1930s. But a wave of white European immigration followed Second World War, when Biden was young, and more recently an influx of Hispanic and nonwhite immigrants from Latin America, Asia and Africa has altered the melting pot again.

So, it's no surprise that a politician who joined an all-male, nearly all-white Senate as a 30-year-old used his inaugural address 48 years later to promise a reckoning on racial justice and, later that afternoon, signed several immigrant-friendly executive orders.

Biden took special note of Vice-President Kamala Harris as the first woman elected to national office, and the first Black woman and south Asian woman to reach the vice presidency. "Don't tell me things can't change," he said of Harris, who was a student in the still-mostly segregated Oakland public elementary school when Biden became a senator.

The first time Biden addresses a joint session of Congress, there will be two women behind a president, another first: Harris and Speaker Nancy Pelosi, D-Calif. But change comes slowly. Harris was just the second Black woman ever to serve in the Senate. When she resigned Monday, the Senate was left with none -- and just three Black men out of 100 seats. Black Americans account for about 13 per cent of the population.

Minimum wage in 1942 was 30 cents an hour. Median income for men according to the 1940 census, the last before Biden's birth, was US$956. Today, the minimum wage is $7.25. The federal government's most recent weekly wage statistics reflect a median annual income of about $51,100 for full-time workers. But the question is buying power, and that varies. The month Biden was born, a dozen eggs averaged about 60 cents in U.S. cities -- two hours of minimum wage work. A loaf of bread was 9 cents, about 20 minutes of work. Today, eggs can go for about $1.50 (12 minutes of minimum-wage work); a loaf of bread averages $2 (16 minutes).

College tuition is another story. Pre-war tuition at Harvard Business School was about $600 a year -- roughly two-thirds of the median American worker's yearly wages. Today, the current Harvard MBA class is charged annual tuition of more than $73,000, or a year and almost five months of the median U.S. salary (and that's before taxes).

Biden proposes raising the minimum wage to $15 an hour -- a move already drawing opposition from Republicans. He's called for tuition-free two-year community and technical college and tuition waivers for four-year public schools (so, not Harvard) for students from households with $125,000 or less in annual income.

National debt has soared in Biden's lifetime, from $72 billion to $27 trillion. But it's a recent phenomenon. Biden finished 36 years in the Senate and became vice-president amid the fallout from the 2008 financial crash, when the debt was about $10 trillion. Now he takes office amid another economic calamity: the coronavirus pandemic.

To some degree, this is a biographical bookend for Biden. He was born when borrowing to finance the war effort generated budget deficits that, when measured as percentage of the overall economy, were the largest in U.S. history until 2020, when emergency COVID spending, the 2017 tax cuts and loss of revenue from a lagging economy added trillions of debt in a single year.

Reflecting how President Franklin Roosevelt approached the Great Depression and the Second World War, Biden is nonetheless calling for an additional $1.9 trillion in immediate deficit spending to prevent a long-term economic slide.

As part of his proposed overhaul of the energy grid, Biden wants to install 500,000 electric vehicle charging stations by 2030, a move analysts project could spur the sale of 25 million electric vehicles. For context, federal statistics counted 33 million cars in the U.S. altogether in 1948, as Biden began grammar school.

A FIRST FOR THE SILENT GENERATION

Biden is part of the Silent Generation, so named because it falls between the "Greatest Generation" that endured the Depression and won the Second World War, and their children, the Baby Boomers, who made their mark through the sweeping social and economic changes of the civil rights era, Vietnam and the Cold War.

True to the stereotypes, Biden's generation looked for decades as if it would never see one of its own in the Oval Office. The Greatest Generation produced John F. Kennedy, Lyndon Johnson, Richard Nixon, Gerald Ford, Jimmy Carter, Reagan and George H.W. Bush. Then Boomers took over. Bill Clinton, George W. Bush and Donald Trump were born in a span of 67 days in 1946, the first of the Boomer years. Barack Obama, born in 1961, bookended their generation as a young Boomer.

If his inaugural address is any indication, Biden seems eager to embrace the characteristics of his flanking generations. He ticked through the "cascading crises" -- a pandemic and economic fallout reminiscent of the Depression and subsequent war effort, a reckoning on race that's an extension of the civil rights era -- and summoned the nation "to the tasks of our time."

Biden lived through 14 presidencies before beginning his own, nearly one-third of all presidents. No previous White House occupant had lived through so many administrations before taking office.