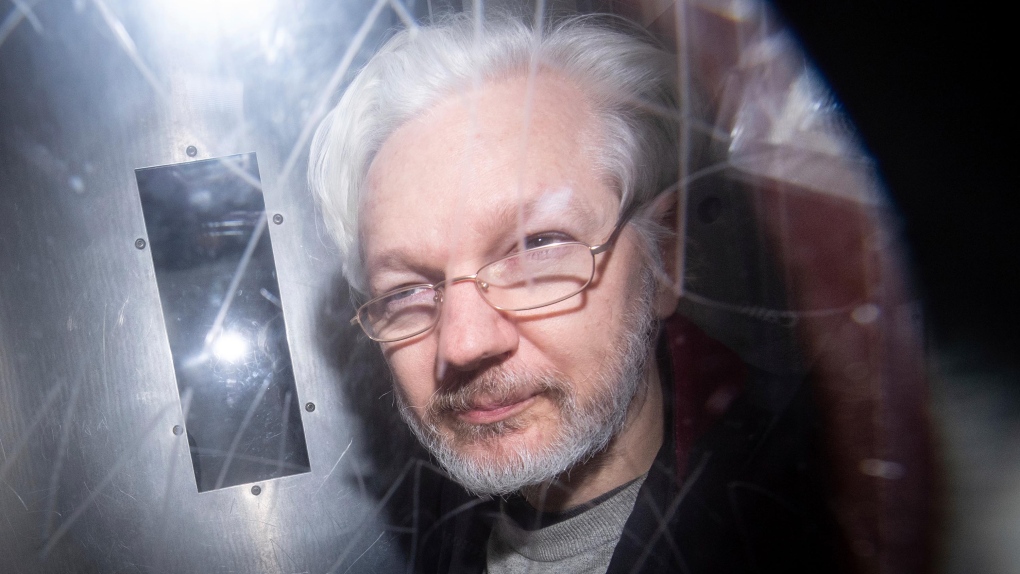 A lawyer for WikiLeaks founder Julian Assange has said that a former U.S. congressman offered him a pardon on behalf of US President Donald Trump, in exchange for denying Russian involvement in the Democratic National Committee email leak. (Dominic Lipinski/PA Wire/AP)

A lawyer for WikiLeaks founder Julian Assange has said that a former U.S. congressman offered him a pardon on behalf of U.S. President Donald Trump, in exchange for denying Russian involvement in the Democratic National Committee email leak. The White House and the congressman have strongly denied Trump's involvement in the matter.

Lawyer Edward Fitzgerald told a court on Wednesday that a witness statement application claimed that then-California representative Dana Rohrabacher went to visit Assange at the Ecuadorean Embassy in London on the instruction of the "President."

According to the statement described by Fitzgerald, Rohrabacher's mission was to offer Assange a U.S. pardon, if he would "play ball" by saying the Russians had nothing to do with the leak -- an assertion Assange had previously made.

The comments were made at the Westminster Magistrates' Court in London during a case management hearing on the U.S.' request to have Assange extradited on charges under the Espionage Act. Judge Vanessa Baraitser said the application presented by Fitzgerald was admissible.

But in a statement released Wednesday, Rohrabacher said he had never spoken to Trump about Assange and that the visit was "my own fact finding mission."

"When speaking with Julian Assange, I told him that if he could provide me information and evidence about who actually gave him the DNC emails, I would then call on President Trump to pardon him," he said. "At no time did I offer a deal made by the President, nor did I say I was representing the President."

White House Press Secretary Stephanie Grisham dismissed Fitzgerald's claim as "a total lie." "The President barely knows Dana Rohrabacher other than he's an ex-congressman. He's never spoken to him on this subject or almost any subject. It is a complete fabrication and a total lie. This is probably another never ending hoax and total lie from the DNC," Grisham said in a statement to CNN on Wednesday.

Assange was arrested in April last year at the Ecuadorian embassy on a US extradition warrant. He faces 18 charges in the U.S. for his alleged role in encouraging, receiving and publishing national defense information. His extradition hearing will begin next week.

Rohrabacher's 2017 meeting with Assange was first reported by the Daily Caller. According to the report, the two met for three hours at the Ecuadorian Embassy. In 2018, Rohrabacher confirmed to CNN in an interview he had met with Assange and said he did not believe the Russians were behind the hack of the DNC.

The former aide to Ronald Reagan, who served in the House for nearly three decades, said he tried to take Assange's message directly to Trump but was denied a meeting by White House chief of staff John Kelly.

A source familiar with the White House's thinking said officials feared Trump would seize onto Rohrabacher's cause to rebut allegations of campaign collusion with Russia, but doing so would put Trump at sharp odds with the rest of his government that has pinned the blame for election meddling squarely on the Kremlin.

"No one followed up with me including Gen. Kelly and that was the last discussion I had on this subject with anyone representing Trump or in his Administration," Rohrabacher said on Wednesday.

Wikileaks tweeted after the London court hearing on Wednesday: "Chronology matters: The meeting and the offer were made ten months after Julian Assange had already independently stated Russia was not the source of the DNC publication. The witness statement is one of the many bombshells from the defense to come."