Around 5,000 customers are still without water in Jackson, Mississippi, city official says 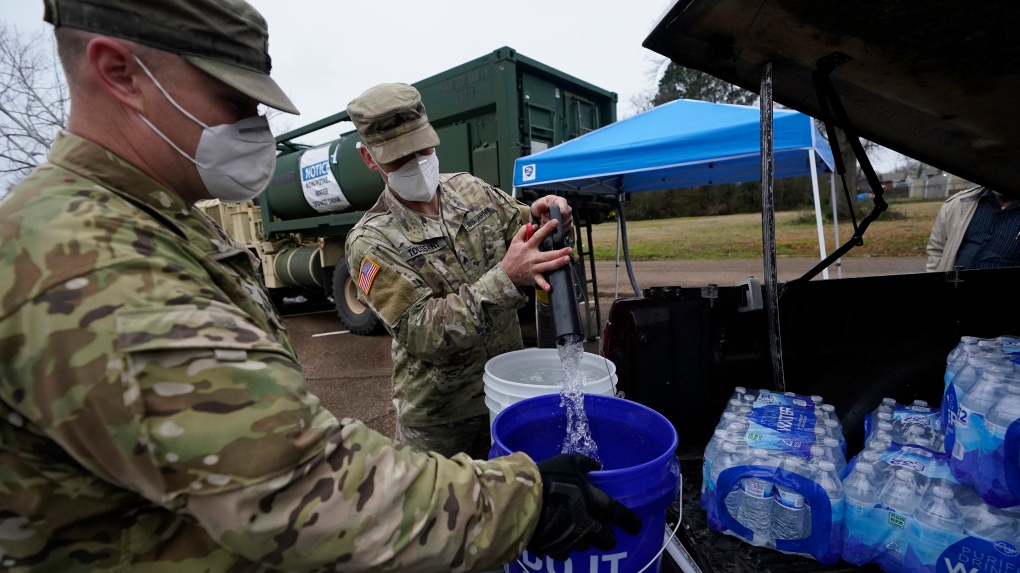 Though thousands are still under boil water advisories, about 5,000 water customers in Jackson, Mississippi, don't have any service, a decline from earlier this week.

Charles Williams, public works director in Jackson, said in a news conference Friday that there have been improvements in water restoration in the city, estimating that "less than possibly 5,000 customers" are still without water.

"I am encouraged that a lot of our residents ... had their water restored for the second day consistently, so we want to continue to tread forward with that," Williams said. "Over the weekend if we stay consistent with the health department, we'll need about 48 hours of consistency, then we'll start sampling and start getting a lot of the areas off boil water notices."

About 43,000 customers in the city are still under a boil water advisory. Williams said the water system pressure is currently at 85 pounds per square inch -- and if it stays that way through the weekend, boil advisory notices can start being lifted.

The news comes as thousands of Jackson residents have gone weeks without water access, after a winter storm hit the are in February. The storm, which also affected Texas and Louisiana, caused 80 water breaks throughout the city, which has been on a boil-water advisory since February 23.

The city is now seeking $47 million from the state to improve water infrastructure, it announced Thursday. The pipes in the city are over 100 years old, Mayor Chokwe Antar Lumumba said earlier in the week, and water issues such as this one have become a common occurrence in the city.

Regardless of whether the state approves the $47 million request, Williams said the city will require more funding to sustain improvements in the future.

"Even if we were to get the $47 million, that's not going to solve all the problems we have," he said. "We have a bunch more problems, and you're going to have to find a steady revenue in order to satisfy them."