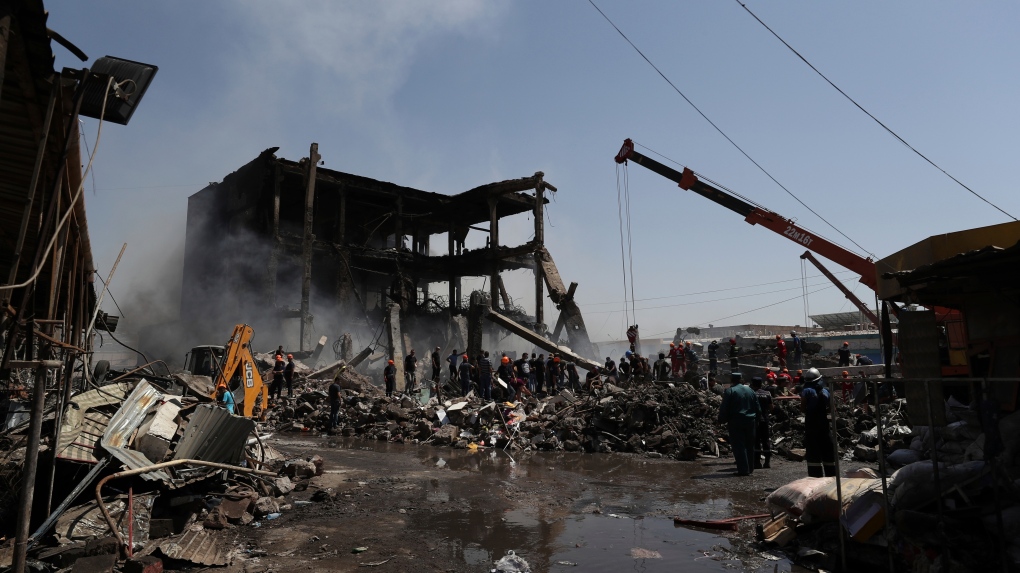 Armenian emergency employees work on the side of burned Surmalu market about two kilometers south of the center of Yerevan, Armenia, Monday, Aug. 15, 2022. (Vahram Baghdasaryan/Photolure via AP)
YEREVAN, Armenia -

The death toll in a fireworks storage explosion in Armenia's capital has risen to seven, officials said Monday, as rescuers combed through wreckage hunting for victims.

Photos from the scene showed emergency services and volunteers searching for victims amid slabs of concrete and twisted metal while firefighters hosed down the blasted shell of the storage building.

A powerful blast tore through a fireworks depot at a popular market in Armenia's capital on Sunday, setting off a massive fire that sent a towering column of thick smoke over the center of Yerevan.

Officials initially said two people were killed, but the death toll has kept rising as the search continues. Another 21 people, including five Iranian citizens and one Russian, remain missing and at least 61 others were injured.

The market, located 2 kilometers (over a mile) south of the city center, is popular for its low prices and variety of goods.

There was no immediate word on what caused the fireworks to ignite, but officials ruled out a terror attack.