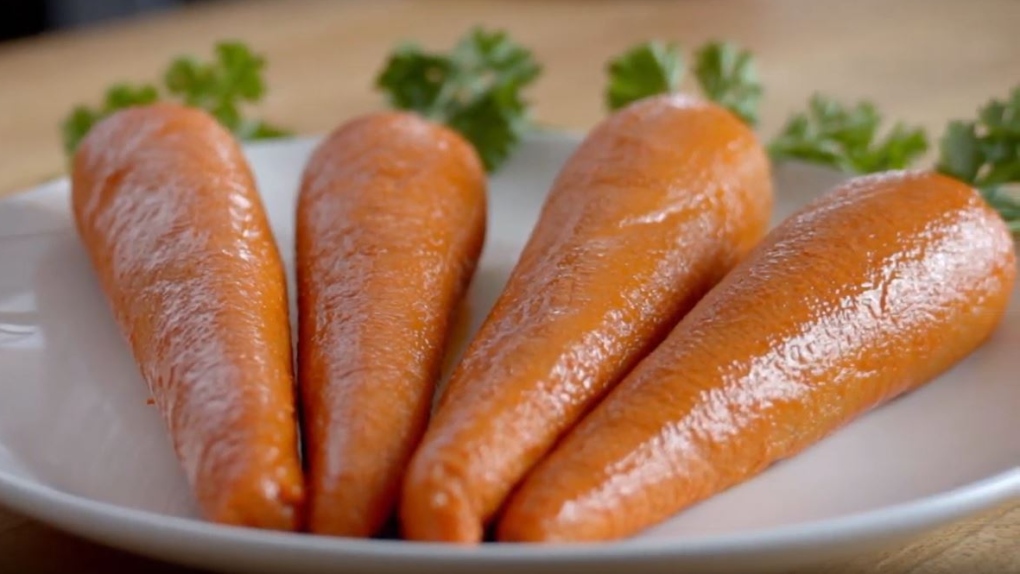 A still from an Arby's commerical for "The Marrot,” a meat-based carrot. (YouTube/Arby's)

A fast food chain has flipped the current trend for plant-based “meat” on its head by creating a “megetable.”

In a swipe at the vegan craze for plant-based burgers, Arby’s has released a one minute commercial for “The Marrot,” a meat-based carrot.

“If they can make meat from veggies (and other stuff)…we can make veggies from meat,” the caption on the 56 second clip reads.

The ad continues like a cooking show, explaining the ingredients needed for the counterfeit carrot and how to make it.

The recipe involves turkey breast, a cheese cloth and plastic wrap to keep the parts together. The meat then needs to rolled in carrot powder.

An hour in the oven leads to an impressive carrot-like result. Topped with a sprig of parsley bound to fool the most eagle-eyed vegan on first sight.

A tongue-in-cheek press release announcing the “megetables” boasts of its meaty credentials and fires a shot at other restaurant chains who have been quick to embrace the plant-based craze.

“Plant-based meats are the latest incarnation of making vegetables look like what Americans really want, which is great, tasty meat,” Jim Taylor, chief marketing officer for Arby’s, said in the release.

“Universally, people know we’re supposed to eat vegetables every day. But 90 per cent of American’s don’t eat the recommended amount. So we said if others can make meat out of vegetables, why can’t we make vegetables out of meat?” the release states.

Arby’s said the Marrot will “not initially be available to guests.

One of the most prominent food companies making plant-based burgers is Beyond Meat.

The American company made its stock market debut last month and saw its price per share triple on the first day of trading.

The company’s patties are used in Burger King, Tim Hortons and A & W, among others.

Beyond Meat founder Ethan Brown told The Canadian Press that Canada is “well-positioned to benefit from the transition from animal meat to plant-based alternatives.”